Thank you for having me here today on your blog.

In my Western Historical book, A Chance to Love Again—the fourth book in my Oklahoma Lovers series—the heroine, Rachel Stevens, is a widow with a small child. She lives on a cattle ranch and works as the cook. It was fun doing the research on what life on an early 1900s cattle ranch was like, and how hard the cooks had to work to keep all those hungry cowboys fed.

During my research, I ran across some interesting recipes that the cooks used. Here is one for soda biscuits that any ranch hand cook would be making every morning:

Soda Biscuits
Take 1lb flour, and mix it with enough milk to make a stiff dough;
dissolve 1tsp carbonate of soda in a little milk;
add to dough with a teaspoon of salt.
Work it well together and roll out thin;
cut into round biscuits, and bake them in a moderate oven.
The yolk of an egg is sometimes added.
Doesn’t seem too hard, does it? Except the cook probably made three or four dozen at a clip. Think of all that kneading!  My arms get tired just thinking about it. Another favorite for the sweet tooth that the cowboys had was for Fried apples:

Fried Apples
Fry 4 slices of bacon in a Dutch oven. Remove bacon.
Peel and slice 6 to 8 Granny Smith apples.
Put apples in Dutch oven with bacon grease,
cover and cook down the apples, but not to mush.
Serve topped with butter or cream and crumbled bacon.
They're great for breakfast or dessert!
Of course, if you’re cooking for 15 or 20 hungry cowboys, 6 to 8 apples won’t cut it. So I imagine our cook was peeling and slicing an entire bushel for that crowd. And, of course, no cattle ranch cook could leave out the famous Cowboy Beans.

Most of the recipes for Cowboy Beans that I found used some type of beef, but I liked this one because I know beef jerky was pretty plentiful on the range. This next one, however, was by far the most interesting one I discovered.

Boy in Bag
2 cups raisins
1 cup chopped walnuts (black walnuts are fine)
1 cup dark brown sugar, firmly packed
1 cup chopped suet
2 teaspoons baking powder
1 teaspoon cinnamon
1 teaspoon nutmeg
1 teaspoon allspice
1 teaspoon salt
2 cups flour
1 ½ cups milk
1 cup chopped dried fruit of any kind.
Chop suet into small pieces no pieces being larger than a bean.
Combine with raisins, nuts, brown sugar, and chopped dried fruit.
Then mix flour, spices, and salt with baking powder.
Add gradually to fruit mixture with milk, beating well.
Put in flour sack or tie in large square of cloth. Put in kettle of boiling water and boil 3 hours, always keeping enough boiling water, and put on cloth to drain.
After about ½ hour, untie cloth and turn pudding onto dish. Let chill.
Slice and serve with hard sauce.
This pudding will keep well and is similar to plum pudding.
This can be made in camp with molasses instead of brown sugar. Or can be made with white sugar instead of either brown sugar or molasses.
This was a great favorite with chuck wagon cooks.

Think of the work! We are indeed spoiled today. Now it’s time for y’all to get some cowboy feeling into your next meal and try a recipe or two. But of course, drag out the crock pot, mixer, and food processor before you do. 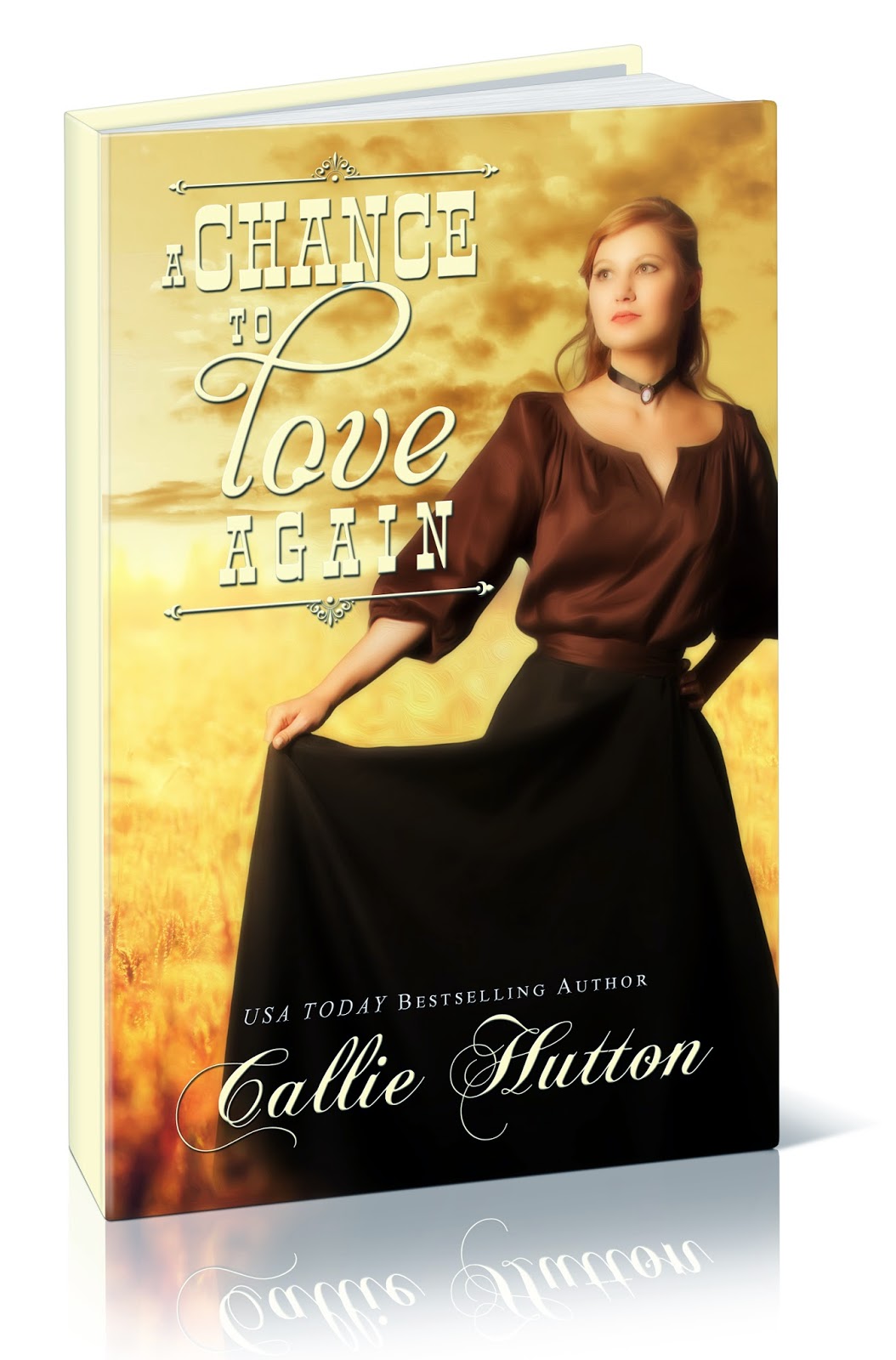 Widow Rachel Stevens is very happy with her job as a cook for the Lazy Sunset ranch where she is raising her son. However, the new foreman, Rusty McIntyre, is turning her life upside down. She could overlook how her son has begun to idolize Rusty, but she’s having a heck of a time ignoring the flutters in her stomach every time the man smiles at her.

But Rusty has problems of his own. His previously unknown fourteen year old daughter has just arrived to live with him. Used to always being on his own, now he has a young boy following him around imitating his every move, and a surly young lady glaring at him. Throw into the mix the tug he feels toward the ranch cook—who wants no part of him—and life is no longer as easy as it once was.

I will offer a copy of any of my ebooks to one commenter, along with a $5 gift card to either Amazon or Barnes & Noble (winner’s choice.)

USA Today best selling author of The Elusive Wife, Callie Hutton writes both Western Historical and Regency romance, with “historic elements and sensory details” (The Romance Reviews). She also pens an occasional contemporary or two. Callie lives in Oklahoma with several rescue dogs, two adult children, and daughter-in-law (thankfully all not in the same house), and her top cheerleader husband of thirty-eight years. She also recently welcomed twin grandsons to her ever expanding family. Callie loves to hear from readers, and would welcome you as a “friend” on Facebook. You can contact her through her website: www.calliehutton.com.

If you would like to keep informed on sales, contests and new releases, sign up for her newsletter, Callie’s Comments here: http://bit.ly/1rsc7Ae  or join her street team, Callie’s Cohorts, where fun, gossip, contests, and general mayhem lives and flourishes. https://www.facebook.com/groups/calliescohorts/
Posted by Caroline Clemmons at 1:30 AM