How Do Writers Show Body Language by Vonnie Davis

Writers have various ways of expressing emotion. I mostly use dialogue. Maybe because I like to talk, my characters talk a lot too. But, as writers, we also show emotions through body language. We all know hands on hips indicates a bad mood or anger. Think back to when your children were small. What things did they do to indicate they were fibbing or getting ready to plead for something they knew they shouldn't have?

Anger is one expression of fight-or-flight mode. It's an automatic, instinctive reaction to a threat. In many cases, there is an underlying fear of being harmed. Thanks to autonomic nervous system arousal, the heart rate increases, pupils dilate, and the face may flush. I have trouble remembering to use all these. I often add them on my second or third round of edits. Other signs of anger are:
ATTRACTION:
CLOSED TO CONVERSATION:
OPENESS AND HONESTY:
SUBMISSIVE SIGNALS:
DISTRESS:
LYING:
SUPERIORITY, CONFIDENCE, POWER, DOMINANCE:
Now, as you read body language in books, you'll have a better feel for the language being conveyed. You'll be drawn more into the action.

For more about Vonnie Davis, she blogs at www.vonniedavis.blogspot.com 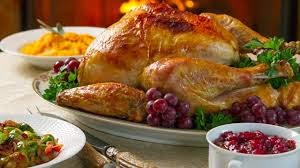 HAPPY THANKSGIVING EVERYONE!
﻿
Posted by Vonnie Davis ~ Romance Author at 1:24 AM