HISTORY OF PUBLISHING (HUMOR) ACCORDING TO EARL

Long, long ago, a bunch of guys were sitting around the cave telling stories to each other and a guy called Hiero came up with an idea.

“Hey, guys,” he said, “we should preserve these stories on rocks.”

So Hiero came up with a bunch of symbols for animals and fish and birds and people and other things. They invented a hammer and chisel and started chiseling their stories on rocks using the symbols. Since Hiero made up the symbols, they called them Hieroglyphics.

I was just a kid then, but I studied hard and became a chiseler.

Then one of the women fell on a basket of grapes and squashed them into liquid and one guy said, “Hey, guys, we can use that to draw our stories on the cave walls.” We took some hair from a mastodon’s leg, tied it to a stick, and called it a brush. Soon we learned to drop women on other fruits and berries and came up with other liquids. We named it “ink” and soon were drawing our symbols all over the cave walls. 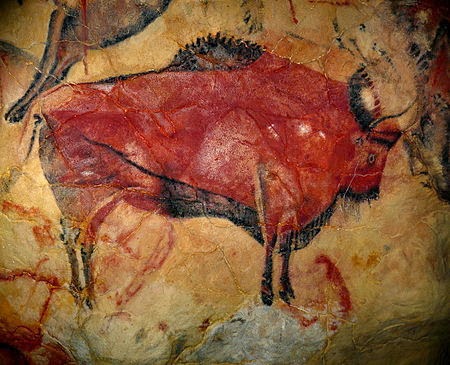 That went fine for a while until some guy invented something he called paper. He said, “Hey, guys, let’s paint our stories on paper.”

A guy over in the corner named Webster said, “Hey, guys, that’s fine, but enough with the symbols. Let’s use words. I just made up a whole lot of them and someday everybody will be using them.”

So we invented pencils and pens and started drawing words on paper. That became very popular, once you got the hang of picking the right words.

Now, some people were better than others at picking which words to use. Webster came up with a word for what we were doing. He called it writing. The men and women who were good at picking the best words became known as writers. I was tired of chiseling, so I studied hard and became a writer. It was tedious work doing one page at a time, though.

A few months later -- and you’ll notice I’m condensing the time frame to make history move a little faster – a guy named Gutenberg invented a machine he called a printing press. What a boon that was! Put words in a flat plate, smear ink on it, and print thousands of pieces of paper. Oh, my. We were on a roll.

Then another guy had the idea of putting those pieces of paper in a pile and gluing them together. His name was Booker, so we called them books.

About the same time, a couple of guys named Royal and Underwood invented gadgets called typewriters. That made it a lot easier for writers to write their books.

That was great. Soon we had stacks and stacks of books. Remember Webster, the guy who came up with all those words? Even he got into the act. Webster gathered up all his words, put them in a book, and called it a dictionary.

But what to do with all those books? A guy named Barnes said, “Hey, guys, I have a friend named Noble. We’ll go in together and open a store to sell the books.”

Before long, we had huge companies called publishers cranking out books, and we had bookstores all over the world selling them. The whole system needed more people to make it work, so editors, distributors, shippers, and warehousers were born. Another group of people said, “Hey, guys, we’re agents. You writers send us your stuff, and we’ll sell it to the publishers.”

Yes, a lot of people were involved in the system, but it worked. Everybody was reading books.

Meanwhile, up in Seattle, a couple of kids named Jobs and Gates were putting things together called computers. Not the huge things big companies were using. These were small enough to sit on a desk, and soon everybody had one. This made it even easier for writers to write. These machines could even communicate with each other over a web that covered the whole wide world called the Internet. Wow! Talk about progress.  Before long, they were small and compact enough to hold on our laps.

Things were about to change, though. A guy named Amazon started selling books over the Internet. You didn’t even have to go to the bookstore. Just order them through your computer, and they’d be shipped to your door. This Amazon guy went one step further. One day, he said, “Hey, guys, look what I invented. I call it a Kindle. I don’t have to ship the books to you anymore. I’ll just send you the words and you read them on this thing. We’ll call them ebooks”

Remember those guys named Barnes and Noble? They said, “Hey, guys, we have one of those, too. We call it a Nook." Soon, there was a bunch more of them. A lot of people weren’t reading printed books anymore. They were reading ebooks in the palm of their hands. Talk about change!

More changes were coming, though. A bunch of male and female writers were sitting around one day and one of them said, “Hey, guys, we don’t need agents and publishers and distributors and all those people. Let’s publish our ebooks ourselves. Since all those other people won’t be getting any of the pie, we can sell them for only a few bucks and still make more per book than before.”

And that’s how it all happened and that brings us to where we are today. Writers have a choice of going the traditional way through agents and publishers or we can publish our own ebooks.

No one knows what changes the future will bring.  Believe it or not, some of the guys are over in the corner right now whispering about reading books on their cell phones. It could be, however, that the entire publishing industry will crumble, and we’ll go back to preserving our stories on rocks. If that happens, I’ll be okay. I still have my tools and I can be a chiseler again.

And here’s a video of the current tool, a print-on-demand press: