Life is Hard...Especially if You Write Books


When I first started writing years ago, I gave up once a week. I wrote a page and enrolled in another writing class. Or read a book. I threw away more material than I saved. Someone posted a picture on my FB page of a desk, a typewriter and crushed and discarded paper half-way to the ceiling. That was me.

That is still me. Only now, I'm not discarding paper. I simply have a worn-out "Delete" key on my keyboard. Writing a novel is a hard task. Perhaps the hardest thing I’ve ever done. And there are many slings and arrows in the writing game. As many negatives as positives.Yet, for all of its challenges, I love writing. I'm passionate about the written word. Very little gives me more pleasure than reading a good story well written by an author with a powerful voice. It inspires me to try to do the same thing.

Somewhere along the way, I finally overcame that urge to give up until the past year or so. Now, seventeen books later, writing a book is still hard and I wonder if what I'm putting out now is any better than my very first book. For sure, my passion for it is waning. I’ve had to ask myself many times if it’s worth it.

Some part of me must think it is because I continue to take classes and read books on the craft. In the writing biz, you can never let yourself stop learning. Toward that end, I’ve even broken down and bought a new laptop.

And as further proof that I haven't totally given up, I’ve gone ahead and had the cover designed for THE CATTLEMAN, Book #2 of my SONS  OF TEXAS trilogy and sequel to THE TYCOON. Knowing myself, I won’t spend the money on cover design, then not finish the dang book. God willing, I'll have it out by June. 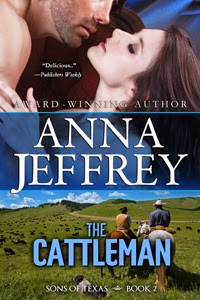 The setting is North Central Texas. The characters are complex and flawed, but I’ve tried to make them heroic at the same time.

I’ve managed to get the blurb written, although this is probably not the final iteration.


“Ever since a disastrous marriage at a young age, Pickett Lockhart has kept his emotions under tight control. These days, he’s preoccupied anyway with learning to be the general manager of the vast Double-Barrel Ranch in Drinkwell, Texas. Still, his older brother’s marriage and looming fatherhood has aroused a distant envy within him to have a wife, kids and home of his own and he has a willing woman who’s in love with him. But he can’t get married, even to someone he loves. His divorce cost him and his wealthy family a bundle, leaving him with a paralyzing fear of getting into another financial trap.
Amanda Breckenridge has been in love with Pic for as long as she can remember. They were high school sweethearts until he eloped with someone he met in college. After that, Amanda left Drinkwell. Her father’s illness brought her back to town and a revived relationship with Pic. But Pic’s mother has never thought Amanda good enough for him. Knowing Pic is drawn to beautiful women, she tries to destroy their relationship by sending a friend’s stunning daughter to the ranch to tempt Pic. Can Amanda and Pic’s bond survive his mother’s plotting? Or the unexpected career opportunity that falls into Amanda’s lap?”

So, there it is. Except for being sexy and steamy and having a happy ending, it isn’t your typical romance. Most of my books aren’t. Let me know what you think of this one.