CAN YOU TELL A BOOK BY ITS COVER?

I believe you can and should be able to tell a book by its cover. However, for various reasons that doesn’t always happen. Unfortunately, there are perfectly wonderful books out there which go unnoticed. That’s because their covers don’t match what the author delivers.
The books that are noticed are the ones with covers that promise readers exactly what they’re looking for, with no guessing involved. In this fast-paced world, most readers are looking for instant gratification. They want to know immediately if a book is a genre they like. If they can’t tell right away, it’s easy enough for them to pass that one by in favor of another which fits the role.
My romantic comedy, Girl of My Dreams, is still my most popular book. I believe I owe that mainly to its cover. Without it, the book would not get a second look. From the girl’s outfit, right away you can tell it’s a contemporary novel. From the girl’s jaunty pose, and the use of pastels, you can guess it’s a lighthearted read. Yes, there are tense moments in the story, but all in all, I believe the book lives up to readers’ expectations. 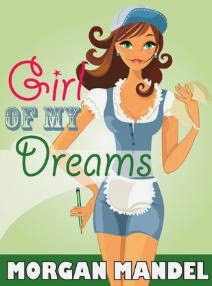 For my romantic suspense, Killer Career, I chose black and red colors. The girl’s expression is grim. She’s holding file folders, which hints at her occupation as an attorney. I could have reinforced the romantic element by placing a couple on the cover, but the focus of the story is on the mystery or thriller aspect. 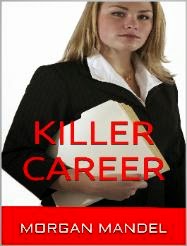 Now, some authors think it’s a good idea to mislead readers by enticing them to read a book which turns out to be quite different than its cover. That might work in the short-run, but it’s a very bad idea. Readers have good memories, and will remember the deception. A torrid love scene on a cover emphasizes hot romance. Vintage clothing hints at an historical setting. A kitten and a cute building might promise a cozy mystery. You get the idea. The point is the cover should match what’s inside.
Can you think of novels with great covers that live up to their promise? Or, maybe some that don’t?
Thanks for hosting me today at Smart Girls Read Romance!
Morgan Mandel

Morgan is a former president of Chicago-North Romance Writers of America, and former library liaison for Midwest Mystery Writers of America.
Her ever popular Girl of My Dreams, is a reality show romance; and her more recent romantic comedy, Her Handyman, features a handyman, a rich, quirky artist, and a crazy canine whose toy lands in the toilet. Morgan’s presently working on a sequel to Her Handyman, called A Perfect Angel.
Morgan’s romantic suspense, Killer Career, about a lawyer’s dangerous career change, and Two Wrongs, Morgan’s debut mystery, are both set in Chicago.
For all of Morgan’s books, see http://morgansbooklinks.blogspot.com and her Amazon Author Page: http://www.amazon.com/author/morganmandel.