In my last post, I talked about Thanksgiving and Christmas traditions. We've put the turkey leftovers in the freezer for future meals and decorated our homes with trees, real or artificial, holly, lights and baubles. 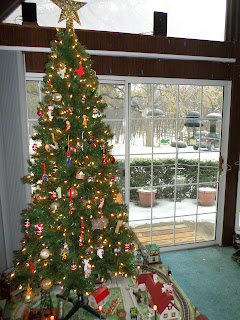 For our Christmas dinner, we plan to have ham, potato salad, macaroni and cheese, and baked beans. We will have a few days of leftover meals then we'll have a hambone to do something with. Yes, if you're from the South, you know what I'm planning don't you? 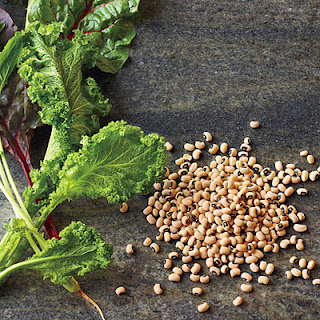 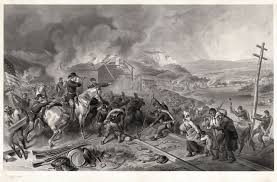 While most every Southerner is able to tell you what they eat on New Year’s Day, few know the history behind why we eat these foods. I know I didn't know the whole story until I researched for this post. The tradition dates back to the Civil War.  In November 1864, General William T. Sherman and his troops marched from the city of Atlanta towards Savannah.  Known as Sherman’s March to the Sea, General Sherman ordered his troops to strip the land of all food, crops, and livestock and to destroy anything they could not carry away.  The troops followed orders and the surviving Southerners were left with nothing but black-eyed peas.

The Black-eyed Pea supply was left completely intact, not as some sort of good-will gesture, but because they didn’t know people ate Black-eyed Peas. Since the Northern soldiers believed only cattle ate Black-eyed Peas and they had already either taken or eaten all of the cattle, they saw no need to destroy this crop. The peas saved thousands of Southerners from starvation and gave the South a Second Chance. The tradition grew to eat Black-eyed Peas on New Year’s Day for Good Luck and Prosperity.

Now, my mother had her own rules for eating, what we as kids called, the dreaded pea. We could eat one spoonful or, if that was too much, at least one pea. I think my brother might have stretched that to one-half. I happen to love the sassy little legume, but, after having children of my own, I understood why she amended the folklore. Mother, who was very superstitious, was going to make sure we ate a pea. She told us if we ever missed eating one on New Years Day, there was a three day grace period. I just want to say that I dearly loved my mom and, on New Years day, we will be having a bowl in her honor. 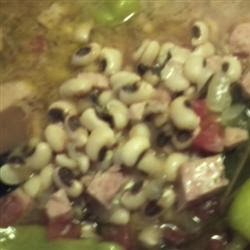