Evolution of a book: MUCH ADO ABOUT MINERS by Jacquie Rogers

Evolution of a Book


I’m in the final editing stages of Much Ado About Miners, the fourth book in the Hearts of Owyhee series. I have the cover, back cover copy (lame, but something to work with), and the copy edits back from my editor. So today, I thought I’d write about the process of creating a novel.


You don’t just write a book. That was probably the biggest surprise of all to me when I first started this gig. The story in your mind won’t always make sense. The scene you love the most rarely plays out the want you saw it. The post-draft stage is a lot of work, sort of like Heartbreak Hill in a marathon. And no one can tell you how to do it all—but I can tell you how this book came about.


First a caveat. Every time I think I know how to write a book, the next one is different. And now to the nitty gritty.

Every writer gets ideas in a unique way, and usually not the same way all the time. Do the characters come first, or the plot, or the world of the story? My answer: Yes. All come in one flash, then I have to winnow out the details. I get at least one character and a situation in the story world. Then it’s a matter of getting to know that character, who the other players are, and why they’re in that particular situation. And off we go on a new adventure.

Idea for Much Ado About Miners 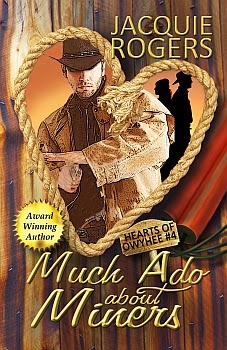 Iris Gardner is held up again (same beginning as Much Ado About Marshals, only on the page this time), and shoots a man who was actually trying to help. This man is Kade McKinnon.


Most writers start too soon and have to chop off the first two chapters. I generally start too late and have to add the first chapter. So the scene in my vision is not generally the opening scene, although in this case it actually is. But wait—it’s not time to write yet!

First I have to develop the characters, because there’s no point in writing a word if I don’t know how the players will react to a dilemma. Actually, it’s more a matter of getting acquainted than developing. When I first started writing, I’d pick and choose from a list of various physical, social, and psychological traits that would suit the story I had in mind. In the process, I buried the character that came with that first flash of an idea, then along about chapter three, things would come to a grinding halt. That’s because I was manipulating my characters to suit my idea of how things ought to go, so the characters couldn’t tell their story.


So how do I get acquainted? First, I figure out the year the hero (yes, the hero nearly always comes to me first) was born, because the economics and politics of his growing-up years provide a framework for his world viewpoint. Then, with my eyes closed, I channel the character’s thoughts as if he were writing his own autobiography. That’s how his voice comes to me, as well as a few surprises along the way that I’d never thought of. In the refining process, I learn about his family and their attitudes toward him, and maybe a few personality-defining events. And last, I figure out what body type would go along with all this, and sometimes that surprises me, too.

Characters in Much Ado About Miners

Iris Gardner, born in 1861, and raised in Virginia City, Nevada, before her parents moved to Oreana, Idaho Territory, where her sister’s book is set. Much Ado About Miners is a sequel to Much Ado About Marshals, where Iris shoots Cole Richards when she thinks he’s robbing the bank, and he ends up in Oreana where he’s mistaken for the new town marshal. So when creating Iris's backstory, I have to explain why a single woman, in the year 1885, wouldn’t be living with her family. It’s because she went to business school, and that’s where the bank owner met her and hired her. Iris’s parents agreed because there are no single men in Oreana, and Silver City offers ten to one odds, plus many miners are well-to-do. 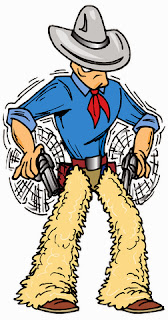 Kade McKinnon, born in 1857, was also raised in Virginia City, so in a way, this is a reunion story, even though Iris left before courting age. Kade is a second son, always overshadowed by his perfect older brother, Bram. Kade didn’t do well in school but excelled in marksmanship, horseshoeing, and tactics. Women love him but he has never courted a respectable lady, and doesn’t intend to. His current business is Prospero Security Transport, specializing in armed escort of valuable shipments. He keeps that a secret, though, and is only known as a gunman.

Some writers plot each scene. I don’t—the first step is creating the story bones. It needs a beginning, a middle, and an ending. The beginning has to be life-changing. The middle has to be high action and in a romance, the two main characters should be in love even if they don’t admit it yet. And we know the ending is a Happily Ever After in a romance novel, but how that happens is a mystery. I write something down for the ending but not once in all the books I’ve written has it actually happened that way. Same for the dark moment, when all seems lost. Sometimes it seems so lost that I have no idea how I’m going to get my characters out of the mess. 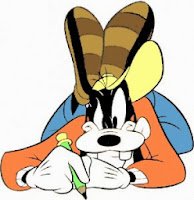 If the editor doesn’t tweak me a bit, then she’s probably not digging deep enough to make the book the best it can be. In Miners, my editor has some issues that a western reader (she’s not) wouldn’t have. Now my dilemma is whether to water this thread down for a more general audience, or keep it as is. Are these editorial observations upsetting?  Not at all.  They used to annoy me, but now I realize that analyzing these things can’t hurt. Maybe I’ll make the changes, maybe I won’t, but most likely her comments will trigger something even better than either of us had thought of previously.


And speaking of editors—get one who’s qualified and experienced. I use Elizabeth Flynn, who has over thirty years of experience. She’s a genuine fur-lined editor, and she doesn’t charge any more than those who think they know grammar pretty well so they hang out their shingle.

So you don’t judge a book by its cover? Then why do you click on one thumbnail and not another on Amazon? Answer: because something about that particular cover draws you. While the writing is going on, we or our publisher has to get cover art. Mélange Publishing uses Stephen Walker. I use Dar Albert. Both are terrifically talented and do great work. Dar designed Much Ado About Miners, as she did all the Hearts of Owyhee books and Sleight of Heart. Deborah Macgillivray designed the cover for Down Home Ever Lovin’ Mule Blues.

I told you that the work was only half done once you write The End. Then the edited, polished, and proofread manuscript has to be formatted for Kindle, print, Smashwords, and any other platform you want to market your book. Yes, they’re all different.  Yes, it all takes time.  No, you can't be writing another book while you're formatting.  Yes, you can hire it done, which is what I recommend.  No, I don't hire out—I format mine myself.  Yes, I should take my own advice.

But wait! We’ve only begun, because while you’re editing the next book, starting a new book, there are hours and hours and hours of time spent on Facebook, Twitter, Goodreads, Pinterest, blogging, and even actual facetime events such as speaking and booksignings.  Paid advertising, whether the internet or print, takes time and money.  And so the cycle goes.


I heard once that the definition of an entrepreneur was someone who worked sixteen hours a day so he didn’t have to get an eight-hour-a-day job. That pretty much describes an author’s life. Not exactly glamorous, but I do enjoy working in my PJs.


Much Ado About Miners will be released soon, so stay tuned! Meantime, if you haven’t read the first three books in the series, here are the links. 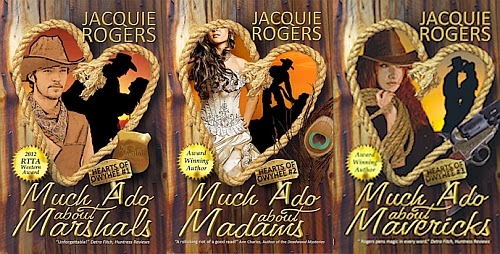