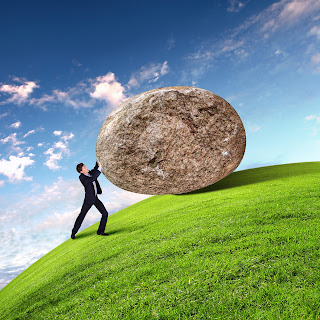 Since the beginning of 2022, I feel as if I've been pushing a boulder up a mountain.

I apologize for missing my December 16 blogging date and yesterday, my January 16 date. Many of the places I've been don't have internet so I'm woefully behind on so much that it's overwhelming.

I've been away from home more than I've been at home. My dear sister-in-law who is more like a sister than an inlaw has undergone 2 surgeries since December 10.

She's been fighting to recovery, and I've been at her side, fighting to encourage her and to keep her spirits up.

It's tough to see someone you love in such dire circumstances especially when each day seems to bring more decline.

She's being transported from the hospital back to a rehab facility today. I'm hopeful that she'll be able to make some progress with rehabilitation this time.

I arrived home this afternoon. After a visit with my friendly chiropractor tomorrow to get the kinks out, I should feel better. I'll be going back to my sis-in-law in a couple of weeks unless I'm needed sooner. 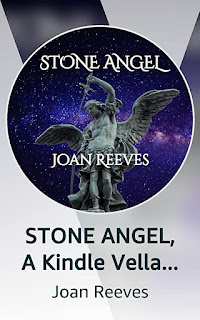 I had scheduled several posts for my personal blog, SlingWords, before leaving, but I ran out of time before getting to a post for Smart Girls.

This year, I tried something new with Kindle Vella, "Short Stories to Read, One Short Episode at a Time."

If you haven't tried a Kindle Vella, you should. While gone, I entertained myself by reading many of the Vellas published because the first 3 episodes of every Vella is free.

(In the case of my story, an episode is a chapter in the book.)

After the first 3 episodes, the others must be purchased. Amazon sets the price for each episode based on the length of the episode. The author has no input into pricing. 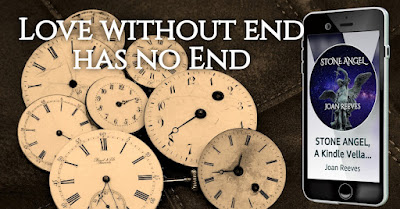 About Stone Angel
Who holds the secret of Time? The time of birth? The time of death?
The time of things yet to unfold?
Once Aurelea was the beloved wife of a Creole aristocrat until he was killed, and she was deceived and imprisoned.
Now, grain by grain, sand sifts through the hourglass, and second by second, Aurelea's hope for survival fades. Tonight may be her last on this mortal plane. Or does Destiny have other plans for her?
Give Kindle Vella a try. If you read Stone Angel, let me know what you think. I'll be publishing a new episode each week. I hope to be at home more in February.
Take care and be safe. Happy reading!

a free ebook when you confirm by opting in.