Last Saturday we had a Cousins' Reunion at J&J Fish House Restaurant in Bolivar Tennessee. Some hadn't seen one another in decades. Although the food was delicious, the memories and tales shared on our kinfolk were priceless. 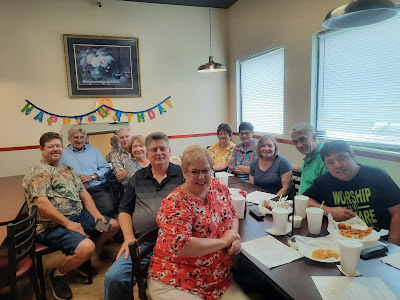 The funniest stories involved mischievous cousin Alva Webster, who was born in the 1920s. As a boy, he got into his share of mischief. One day when his pa fell asleep on the couch, Alva stuck a firecracker between his toes and lit it. I'd bet Alva wasn't able to sit for a week after that prank. 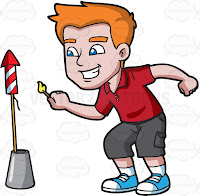 But that wasn't all. One time during Sunday School, Alva excused himself to use the outhouse. Meandering on the path back to the little church, hundreds of walnuts spread over the ground, caught his eye. He gathered as many as he could in his shirt and and one by one, threw them at the church door, exclaiming when he hit his mark in the middle of the door. The thunking noise alerted Alva's Sunday School teacher. She appeared on the porch, arms folded across her chest, and ordered him inside. When he ignored her, she sat down on the steps, smoothed her long skirt and made herself comfortable. “I'm going to stay right here on these steps and see that you don't throw another walnut,” she declared. 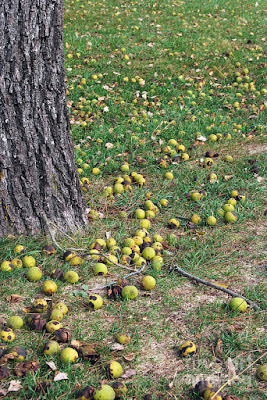 Alva paid her no mind and kept throwing the walnuts. The first one hit the door above the teacher's head, but the second walnut struck the teacher smack in the forehead and knocked her out. I'm sure Alva's pa applied the board of education to the seat of the problem for his unruly son's misdeed. 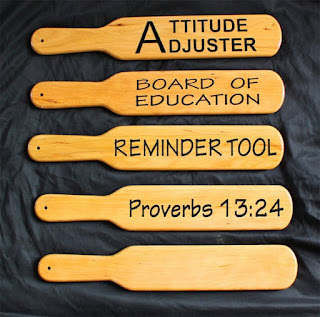 Cousins Steve, Tim, and Randy, kept us entertained during the meal with their antics and stories. After a couple of hours of getting reacquainted, laughing, and wearing out our welcome at J&J's, our cousin Linda, led the way to one of two cemeteries where our ancestors and relatives had been laid to rest. The first stop was Enon Cemetery, a few miles west, near Hickory Valley.

We lined our cars up behind Cousin Linda's and followed her through the backroads. Our entourage must have been mistaken for a 7-car funeral procession because when we reached a Stop sign miles down the road, as is a Southern custom, the person at the Stop sign to our right stayed put and waved us on. Everyone waved back before making the left turn toward the cemetery. I'll bet they wondered why none of us had our lights on. 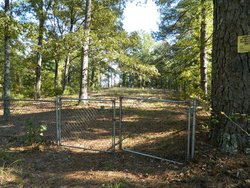 My maternal great grandmother, maternal grandmother, and Great Aunt Willie were buried at Enon, a small family cemetery, along with Uncle Bob and Aunt Louise who are cousin Linda's parents. You can't tell much from the picture above, but there are many headstones beyond the gate.

I have a special memory of Uncle Bob. When my my sister and I were teens he took us to the Bolivar airport outside of town on a Sunday afternoon, to watch the planes take off and land. It was the first time we'd seen this in person, We were fascinated. 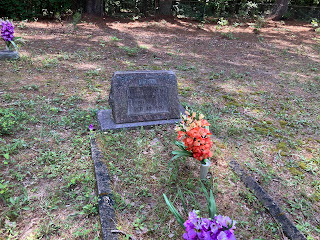 We spent time browsing the graves, noting several of the older tombstones were weathered, chipped, tarnished rendering them illegible. Some of those were just infants while others had lived a long life. 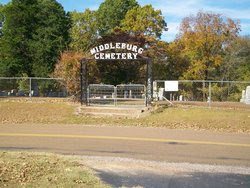 Our next stop was Middleburg Cemetery where my grandfather's folks are buried. The sun pounded down on us and the humidity was high. We found the headstones and took a few pictures, but it was too hot to endure for very long. Unlike the shady Enon Cemetery, Middleburg is much larger and provides no shade except for a group at the south end. 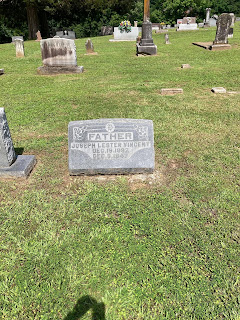 When I read the dash between “Born” and “Died” on each stone, I wondered about the lives of those lying beneath the sod. Was she content in her marriage? What joys did she experience? What sorrows? What were his dreams? Did he ever realize them? Most, if not all of them, lived on a farm at a time when a day's work began at sun-up and ended at sundown. They faced seasons of drought and resulting famine and other years the crops got too much rain. But they plodded on, etching out a living on their farm to provide better lives for their families.

We had a wonderful time last Saturday and are already starting to plan another reunion for next year. Who knows? We may have more humorous stories to tell by then.

Do you have interesting family stories you'd like to share? Please Share them in the comments. We love to hear them here at Smart Girls Read Romance.

Meanwhile if you are look for a romance that will also tickle the funny bone, you've come to the right place. RYAN'S RECKLESS BRIDE just released. It's Book #8 in the Matchmaker's Mix-Up series where a cat dumps a box of matchmaking files and scatters them to the wind.

Is it possible to correct the mistake by putting the correct brides with the suitable groom. You decide. And have fun reading all 12 books in the series. Pssst! More books to come. 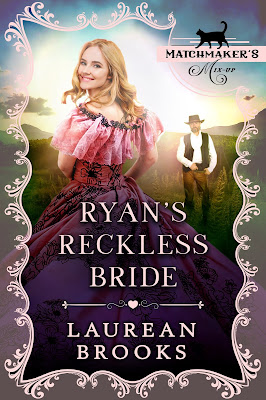