Living in the Bottomland ~ Sherri Easley 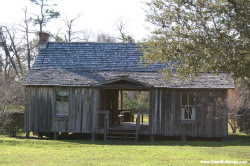 Welcome to March everyone. Hoping you all survived what some in Texas are calling

“Snovid 2021”. I was without electricity for 38 hours, waking up on the second day with zero-degree temperature outside. There are so many things that run on electricity I have come to take for granted, like my automatic kitty litter box and my garage door opener, for instance.

I consider myself lucky though, my house is well insulated, and it never got below 54 degrees inside. It made me reflect on my mother’s tales of her childhood living in the bottomland of Northeast Texas. Although my stories are fiction, they are based on these vivid descriptions and recollections along with a few memories from my childhood.

I am in the process of editing my first book to republish ahead of my second coming out and hopefully by the next blog, will have some news.

In my book, the family lives in a dog-trot house with no electricity in early 1940s. While most houses had electricity in those days, there were still many poor families who lived in remote areas who did not. My mother’s family was one of them.

For those who are not familiar with Texas, we have a vast array of landscapes from mountains and prairies to near tropical type foliage and undergrowth. In Northeast Texas where I was raised, there are several natural rivers and lakes. The rivers in that area are muddy and swift and the land around them is marshy and overgrown. Most often, this land is in low lying areas and subject to flooding. We call those areas “bottomland”.

You can imagine the challenges of delivering electricity to such an area. In addition to being remote and overgrown, it is the home to huge mosquitos, bob cat, wolves and coyotes, fox, turkey, deer, wild hogs. and the occasional panther travelling through. That is not to mention the snakes. Today, that area is primarily used for grazing cattle and very few people live there due to flooding.

My mother said they lived in an old wooden house in this bottomland. She said they stuffed cardboard, rags, and paper in the cracks of the walls to keep the wind out and when the wild hogs would root and burrow underneath their house, bumping and squealing, they would pour hot water through the cracks in the floor to rid of them. She mentioned waking up and blowing frost with her breath. 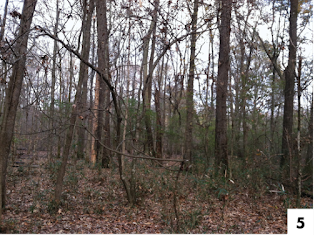 My childhood home was not far from where she grew up. My parents were avid hunters of Indian relics. Evidently, there were ancient Indian campgrounds near the banks of the river in this bottomland. That would make sense since there was an abundance of wildlife and the ground is fertile.

Every Sunday, we would get in the truck and drive as far as we could and then walk the rest of the way to our spot where we searched. It was a bit of a hike in the dense undergrowth and occasionally, after a big rain, we would have to wade in waist deep muddy water to get there. Daddy would walk ahead of us with a machete, cutting his way through briars and bramble.

The mosquitos were huge, and I always got eaten up. Eventually, we found mosquito repellent, but I am not sure it really worked. Daddy would cut a palm frond and I would use that to fan the mosquitos away. After we dug in the dirt for hours, we would pack up our belongings and then swing by town and get Ozark Fried Chicken before going home to our little farm in the country. By that time, we were starving and to this day, I believe that was the best chicken in the world.

When I think back to how my mother grew up, I am a little more than amazed I am even here to write this blog. In a house as she described, the temperature inside probably wasn’t much different than the temperature outside. Yet here I am in my heated house, listening to music on my Google mini and typing on this laptop.

I asked my Mom many times to tell me of the good old days and her answer was always the same, “We are living them right now.”