LET'S "MARCH" FOR THE IRISH!

Top o’ the morning to you. (Cue: You’re supposed to answer, “And the rest o’ the day to yourself.”)

My daughters and I think of March as Irish-American Month. You can bet we’ll be wearing green on St. Patrick’s Day. We might also be involved in shenanigans. It's been known to happen. Just sayin'... 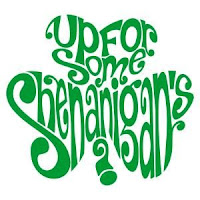 Millions of Irish came to America from 1845 forward, hoping to escape the terrible potato famine. They chose relocation over starvation. Some found the new chances they’d dreamed. Most found only more hunger while they eked out barely a living. Ah, but many optimistically chose to go west, counting on fulfilling their dreams.

Are you an optimist, a pessimist, or a realist? I suppose most people in any of the three categories think they’re realistic. Not me. I’m an optimist. I know times get bad—but they're sure to get better soon if we plan and work.

My late friend’s mother used to say, “We’ll do that when things get back to normal.” My friend said she never knew what that “normal” would be, but the family never experienced it. I told her “normal” is simply a setting on the washing machine.  We have to plan for better now.

And that’s what we authors do. We plot and plan and write and edit and… well, you get the idea. We are optimists at some times and exclaim, “This is my best book yet.” At parts of the same book, we may cry, “No one will want to read this. Why do I bother?” Me, smiling over the same book’s end, “That turned out pretty well. I hope readers enjoy it.”

Even though I’m a confirmed optimist, I admit to sinking to pessimism’s fear no one will want to read my darling baby. Fortunately for me, the feeling passes as I near the end of the book. I’ve had several people ask me to let them feed me ideas and then I’d write the book and we’d split the royalties. First of all, I have way too many ideas as it is.

Readers, the middle is the hard part! 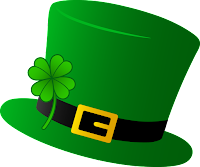 Oh, dear, I wandered off on a tangent. Back to Irish-American Month.

Hero and I enjoyed our two tours of Ireland. We were treated so well—as family who’ve come home to visit. If you haven’t been to Ireland, I hope you can go there at least once. In the meantime, watch some Irish movie like Amy Adams in “Leap Year” or Maureen O’Hara and John Wayne in “The Quiet Man.” Read Irish romances (like Joan Reeves’ LIAM’S WILD IRISH ROSE, a short story for only 99 cents) or my full length THE TEXAN’S IRISH BRIDE or short book, O’NEILL’S TEXAS BRIDE. 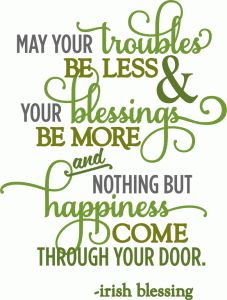 Have you read a book by each of the Smart Girls Read Romance authors? If not, treat yourself and enjoy a diverse set of books sure to please devoted readers.

Whatever you do, have a great March, stay safe, and keep reading!