health and all of that 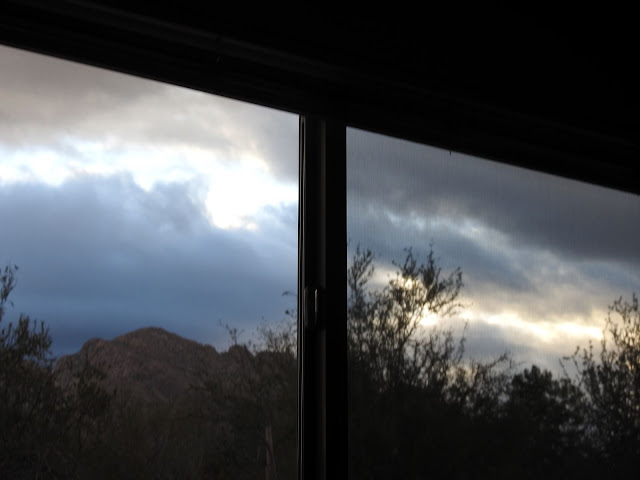 According to what I read about nightshades, 38% of Americans are in one way or another impacted by them. Some to a lesser degree and some, like me to a disabling one. If you are among the lesser, you might feel less yourself a day or two after eating say a tomato sauce or a baked potato. You likely wouldn't connect it to anything you ate as nightshades do not do their toxic work right after eating. It's a day or two later.

I have tried, since I learned a few years back, to avoid nightshades and didn't think it'd be that difficult. How hard is it to not eat an eggplant? I might feel like something was missed but considering the results, it's worth it. What I didn't know is in how much processed food nightshades are being used. Looking at what we routinely ate, like processed pickle relish-- guess what else is in it, green bell peppers. Spices are hidden under (some spices). The only safe way for me to eat is totally unprocessed and I have no idea if restaurants will ever work for me again.

So my latest debacle from nightshades was after eating homemade fish tacos. We had them two nights in a row. One of the spices in them, had been in a third dinner.

I woke on Saturday and worried something wasn't right but couldn't see how what I'd eaten could be the cause.

An hour or two later, I knew it was as I was very shaky, feeling weak, and nothing was possible to eat. Even trying to eat a saltine cracker led to throwing up. A few hours later, It got worse when I realized I couldn't get off the sofa without help. That led to checking blood sugar, another symptom of nightshade poisoning. I am not going on beyond that as frankly, who wants a list of what someone else has gone through. Fair to say, many of the symptoms listed under nightshade intolerance fit my next few days.

I'd not even write about this-- at all, except people need to be aware as many just don't feel well but have no idea why. If you get sick off and on but have not nailed a cause check this out. There is a LOT online about it.

So, it was an unpleasant few days (putting it mildly) but then I realized it was going to cost me my second Moderna shot. They have a sheet you sign that asks if you've had an allergic reaction in the previous two days, but it's more than that. I still was not well. Now, with a very convenient shot set up for me, I knew I'd have to go on the hunt again. I cried because I wanted this done. Who knows when I can reschedule. When we cancelled this one, they said they did not know when they would get more vaccine. Later when my husband went to the site; they said none yet. Next time he went, it said slots filled. This is not going to be fun but hopefully will eventually get that second shot in time.

Did anything good come from this? One I can't stand to watch the TV-- nothing, nada, nil and that means no news. I think that's been a plus. I do though get news or did during my down time. My husband, whose desk and computer are in a room across from our bedroom, would read me the headlines. If we both felt they mattered, he'd go on to the text. It was fun and then we could talk about it. We continued that on after I was feeling better.

Another, spending a lot of time lying on our bed, I found doing nothing, thinking nothing to be oddly soothing. I'd study the ceiling, look a the sculptures at the other end of the room, take delight in finally being able to walk more normally... kind of, and most of all loved watching the clouds move outside the window.

I have also learned no more processed foods of any sort. You'd be amazing at how many places our culture secrets nightshades including with those unnamed spices. That will limit eating out at restaurants, but I have not been one to eat out often either. It's just with the possibility of red pepper or paprika or potato starch in something, just checking for the major nightshades, isn't enough.

After multiple online attempts, the right forms finally popped up with the ability to submit from the same clinic doing the shots last time and I had an appointment for Thursday :). Of course, since then I've read of people dying from the vaccine (very very few) but I don't care. I don't want to die, of course, but I believe in getting the vaccine for the overall good of the country. To me, it's worth the minuscule risk. It will also be good for me to feel more free to go out and not worry about spreading or getting a disease that proves deadly for too many. This is no time to take this disease for granted.

I wrote this ahead of time in case I felt the extreme tiredness some describe or get sick as my daughter did. If I get any interesting symptoms and feel better by Monday, I'll comment below. I take nothing for granted-- not after my bout with nightshades.