What Happened in Silver City, Idaho
145 Years Ago?
by Jacquie Rogers

In case you don't know about my obsessions with Silver City, Idaho...well, that's where many of my books are set.  The Hearts of Owyhee series is set in Owyhee County where I grew up, and of course that's where Silver City is located.  Silver was a thriving mining town on the top of a mountain but petered out during World War I for several reasons.  It was the county seat clear until 1934 when the Owyhee voters elected to move the county seat to Murphy. 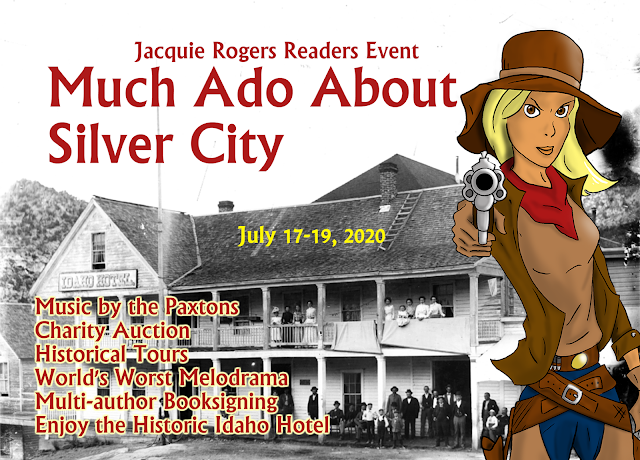 Because I'm gearing up for my readers' event at the Idaho Hotel in Silver (Idaho is in Phase 3 so gatherings 50 and under are allowed), I thought it would be fun to read a few 1875 newspapers to see what was happening there at this time of year 145 years ago.  And it was fun.  Yes, I'll share.

First of all, newspapers had a different tone and writing style in the 1870s.  And they definitely had a better sense of humor.

The citizens of Silver City liked to have a good time, and the best of the good times were at the horse races.
A sad bit of news was Hill Beachy's death.  Beachy was quite a character and did everything from blaze new trails, round up dangerous outlaws, and as this article points out, "explore the stage route from Winnemucca to this place."  He was widely respected and mourned by many.

One thing that always interests me, especially as a writer, are the prices of the time.  Running onto this article was a real stroke of luck. 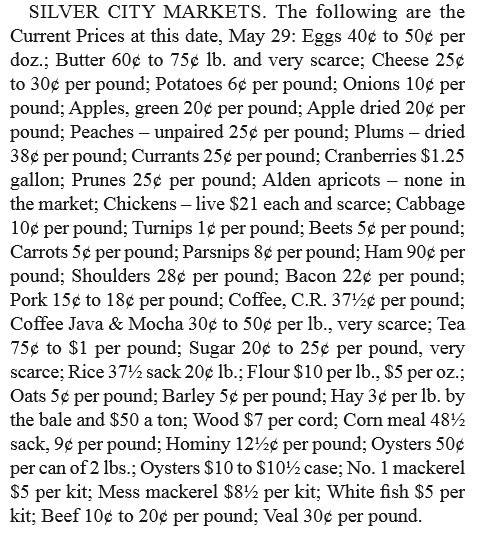 The Idaho Hotel, where my readers' event is held, was 12 years old when these prices were in effect.

Yes, we wear costumes.  Some of us are very serious about them, some of us wear hokey costumes, and some of us are just glad to get there wearing shorts and flipflops.  It's how we roll. LOL.

Until then, happy reading!

Posted by Jacquie Rogers at 4:21 AM