May 25th is National Wine Day. This is your chance to crack open a bottle of your favorite kind and celebrate those who discovered the wonders of grapes. 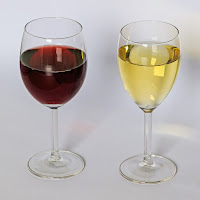 Ancient wine production evidence dates from approximately 6000 B.C., when an ancient winery site was found in Armenia, and grape residue was found in clay jars in Georgia, north of Armenia. There were also signs of grape domestication discovered in eastern Turkey.

Basically, wine is an alcoholic drink from fermented grapes and is one of the few drinks that has survived the ages and reached popularity among citizens all over the world. 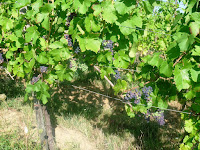 In America, grape vines were imported from the old world with the French Huguenots planting some of the first vineyards in North America in Florida as early as the 1560s. Settlers up and down the East coast took cuttings with them, later expanding the vines westward into the Ohio territory. Using the vines they brought from Mexico, the Spanish founded the first winery in California in what is now the San Diego area.

Wine production had a fluctuating history of bad and good years. During Prohibition, the industry floundered; and then again during World War II, it struggled when grapes were replaced with much-needed edible crops. By the end of the war, since good European wine was scarce, Americans resorted to drinking cocktails, further harming the industry.

It took until 1976, when a panel of French wine experts scored several Napa Valley wines higher than the top Bordeaux and white Burgundy in a blind tasting, putting Napa Valley on the world wine map. The industry blossomed, and American wineries sprung up across the United States. 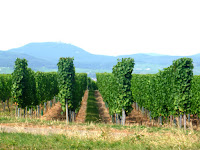 Today, wine is a favorite alcoholic drink—whether it’s an expensive, economical, or homemade variety. It’s used in cooking and for marinating. Red wine is also thought to be heart healthy.

When my husband and I took a Viking Cruise down the Rhine River seven years ago, we had the opportunity to see many vineyards in Germany and go up into France to see the vineyards of Alsace. It was amazing to see the acres and acres of lush grape vines on the hillsides.

Do you have a favorite wine you enjoy? Personally, I prefer a sweet red, but there are many excellent varieties made and sold in our small rural town, compliments of a nearby, local winery.

Check out all my novellas and novels on my Amazon Author Page: