Thanksgiving and a "A Musical Christmas" - by Judy Ann Davis

Thanksgiving, a national holiday in our United States, originated as a harvest festival. The first Thanksgiving was celebrated by the Pilgrims after their first harvest in the New World in October 1621. As a farmer’s kid, I especially like the idea of celebrating the fall harvest. It means all the hard work in the fields is done for the year. 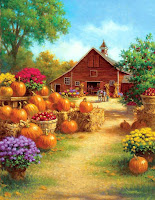 I’m a fan of Thanksgiving. It’s a day of celebration where gifts are forgotten and the food is plentiful. I love the smell of a turkey roasting with the scent of sage and spices filling the entire house. And I am a huge fan of pumpkin pie piled high with whipped cream.

In the northern states, Thanksgiving also is a reminder that Old Man Winter is on his way with flying fat snowflakes and sparkling white snowbanks. For many, the national holiday also heralds the start of the holiday season as stores and shops blare carols, hymns, and contemporary songs of Christmas from their speakers.  And Christmas music is something I can get behind, even if I dislike shopping for presents.

This year, I created a “Musical Christmas Series,” consisting of three novellas. My first one, JUNE ~ The Pianist, was released the end of October. Each female main character plays a musical instrument and has a story to tell. I’m excited to reveal that ADELENE ~ The Violinist is also releasing at the end of this month in time for the Christmas season. LUCY will be released next year. What is her instrument? It’s a secret. [wink, wink]

Wishing everyone a Happy Thanksgiving. Enjoy the holidays. The next time my post comes up, it will be Christmas Eve.