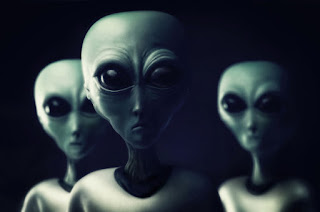 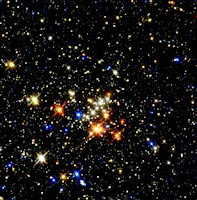 Scientists from around the world gathered to talk about whether or not aliens existed, and of course, here in the U.S., there was all that hoopla about Area 51 and the thousands of people who intended to storm the compound searching for dead aliens. As it turned out, thousands didn't show up, but there were plenty of alien enthusiasts who did...dressed up in alien regalia.

There is no direct proof of any life beyond Earth, but the universe is home to a lot of stars. And as research over the past decade has shown, perhaps at least 50 percent of those stars harbor planets. Scientists estimate there are 1 trillion planets in the Milky Way alone. "Surely some of them have undergone what Earth has undergone and developed life, and eventually what we call sentient life," they say. The argument is simply one of probability. "If we are the only intelligent beings in the galaxy, or for that matter in the universe, then we are truly a miracle," he says. This image from the Hubble Space Telescope shows a cluster of young stars in the Milky Way.


Here's a List of some top Alien books from Amazon. If you're an Area 51 enthusiast or addicted to sci-fi novels, you might want to check them out.

And according to Ranker, here are the top five Alien movies over the years.

I've seen them all, and particularly loved Signs. It's not just a movie about aliens, but about a pastor who struggles with his faith in God.

How about you? Do you believe aliens exist? Leave a comment and let us know. 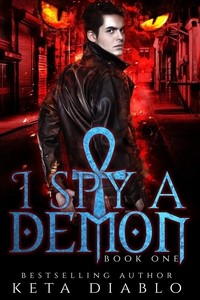 “A fantastic fast paced story filled with love, betrayal, and a demon fight that will leave you saddened and breathless.” ⭐️⭐️⭐️⭐️⭐️

What a read! Absolutely loved getting everyone's perspective on the demons and devils. I really enjoyed Keta Diablo's take of demons - not only demons on the loose but also the internal demons we all must bear." ⭐️⭐️⭐️⭐️⭐

"A fantastic story full of mystery, suspense and feisty romance. I really loved the concept. The story held my attention the whole way through." ⭐️⭐️⭐️⭐️⭐

I haven't written an alien book....yet, but I have written a great demon story (I SPY A DEMON) now on Pre-order CLICK HERE for only .99 pennies. The book releases November 14th and has had rave reviews.

Thanks so much for stopping by Smart Girls Read Romance. Happy Reading!