Why Horror? by Joan Reeves

Trick or Treat? Yes, it's that time of the year for ghosts and goblins and things that go bump in the night.

Horror is big not only in October but also in the other months of the year. I'm not much for horror movies. In fact, I don't even like the movie trailers when they're shown on television.

But romance in horror as in vampire romances? I'm okay with that. In fact, horror in romance is big, i.e., the above mentioned vampire romance with a hero who's usually a sexy hunky vampire.

As a romance reader, are you sometimes puzzled why horror is so popular with readers?

Reading taste has been studied by people much smarter than I. They say there are subconscious psychological reasons for why we choose what we choose when it comes to books and visual media.

The reasons are universal—people all over the world respond to the genres because of the same reasons. These reasons speak to an individual on a sub-conscious level based on what the individual values. 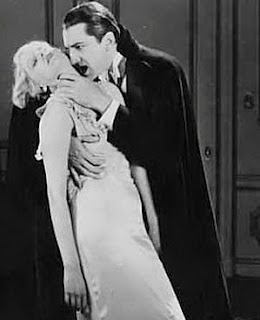 Horror appeals because of the desire for good to triumph over evil.

You can take any horror book or film and boil it down to its basic components, and you'll find it's always a battle of good versus evil. At least the successful examples of this genre are.

I think the unsuccessful examples probably were meant to be that, but somewhere along the way, the story had an identity crisis, maybe because the writer didn't know the genre well enough to understand its dynamics.

From Primitive To Contemporary

The horror story is ancient. I imagine some caveman telling stories around the campfire tried to scare the T-Rex out of his listeners.

Horror connects with those not-so-logical parts of our brains. You know, those primitive parts that tell us to get scared by what goes bump in the night.

Stories from ancient times to today's urban myths are the end result, and people voluntarily listen, read, or watch in order to be frightened and to subsequently be reassured that good wins over evil.

The Horror genre has always reflected the anxieties of each generation. In the original Dracula film Nosferatu, the story wasn't just about a vampire. 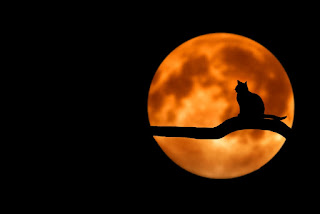 The original Dracula was a metaphor for the seemingly senseless and random deaths in the first world war and the later world flu epidemic.

The Dracula tale is told anew for each generation. What's really interesting is to take older horror films and contrast them with remakes to see whether the same character remains a villain or has transformed into the hero of the piece.

In previous decades, vampires, mummies, Wolf Man, and zombies starred as monsters. After the war with the threat of nuclear bombs, aliens and robots became the monster along with giant insects and other animals.

All these reflected fears arising from the unknown. From UFOs to the effects of radiation, people were worried and writers and movie makers used this in their work.

Today, even with amazing visual effects, it's hard to create a really terrible monster when the evening news is full of stories about Ebola, serial killers, war, kids killing kids, school massacres, etc. So tellers of tales ramp up the horror thus giving us unimaginable horror books and movies.

Horror works not because of the visual effects genius at work but because the audience's imagination is at work. The scariest horror films are the ones where the "monster" isn't seen until late in the movie, after he's picked off the victims one by one.

It's that fear of the unknown that taps into our primitive brain. Remember the original Alien or Predator films?

You didn't see the menace until you were good and scared. The unknown. The fear of what goes bump in the night when you're imagining the absolute worst. And then you find out what you imagined wasn't nearly bad enough.

Now that's horror! So, how do you feel about horror?

Joan Reeves—Keeping Romance Alive…One Sexy Book at a Time—is a NY Times and USA Today bestselling author of Contemporary Romance. Joan lives her happily-ever-after with her hero, her husband, in the Lone Star State. They divide their time between a book-cluttered home in Houston and a quiet house at the foot of the Texas Hill Country where they sit on the porch at night, look up at the star-studded sky, and listen to the coyotes howl.


Sign up for Joan's Newsletterand be the first to know about new books and giveaways
plus receive a free ebook after you confirm and opt-in.
Posted by Joan Reeves at 12:30 AM