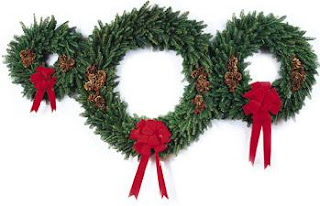 What a wonderful season! Christmas is my favorite time of year. Not the day, but the anticipation leading up to Christmas Day. I love choosing then giving gifts to people I love.

Keeping up with friends and family who still exchange Christmas cards is pleasant. The number of those who send cards declines each year as we become more and more dependent on the internet. I’m mailing cards anyway.

This year, I’m hosting a “Christmas Past and Christmas Presents” event on my personal blog at http://carolineclemmons.blogspot.com, where twenty-two authors (including most of the authors from this blog) will post one day between December 1 and 23. Each author will have an interview, a peek at a release, most will share a favorite recipe, and many offer a giveaway. I started the event by posting on December 1. On December 24, I’ll award a 16G Kindle Fire 7 to one person who’s commented during that time.

Plus, I have a new release. CAPTURE HER HEART is Loving a Rancher book 6 for the Montana Skies Series of Kindle World. All Kindle World books are now in Kindle Unlimited as well as available to those not enrolled in KU.

Here’s a bit about my sweet western historical, CAPTURE HER HEART.

Vanessa Worthington didn’t know her late husband had lost their home until the notice came to vacate within six hours. Desperate for a place for her and her children, she travels from Atlanta to Montana Territory as a mail-order bride. She hopes to find a protective and kind man to help parent her children. One thing she’s certain—she will never again trust a man.

Travis Boyd has overcome horrific difficulties and carved out a ranch for himself. His two cowboy hands are like family, but he’s lonely. He longs for a loving wife and children to make his house a home. He’s eager for his bride to arrive and is looking forward to home-cooked meals and a tidy house.

When Travis learns Vanessa has always had servants and doesn’t know how to cook, do laundry, or any household chores, he is disappointed but decides to make the best of the situation. He meant his marriage vows. Vanessa can’t believe he won’t soon lose patience with her and change from kind to domineering like the other men in her life had been.

The other five ranch houses in the Loving A Rancher Series are spacious, but this one is not. What a shock for a woman used to servants. She’s an industrious person, but never learned cooking, cleaning, or laundry.

Here’s an excerpt: (Billy is the cowboy teaching Vanessa to cook, but he's no expert)
Snow increased during the afternoon. After opening one of the shutters, she peered through the center of the window pane—the only part not frosted. Vanessa thought surely all robbers would be holed up somewhere warm. Why had this escaped villain headed their way?
She and Billy got preparations for supper underway but she couldn’t conquer the sense of dread shrouding her. Before Sam’s arrival, she had been confident she’d made the right choice when she came west and married Travis. Knowing her husband would do his best to protect her and the children didn’t put her at ease.
Jack shadowed her. “Mother, who is this man who might be coming?”
“I’m not sure who he is, but I guess he used to live here. Is that right, Billy?”
“Right as rain. Them robbers lived on this part of the ranch until the law caught up with ’em and sent ever last one to prison.”
Jack’s face shone with excitement. “Do you suppose they buried their treasure here?”
“No one knows. Most outlaws spend their money on liquor and—”
Vanessa nudged him, hard.
Billy cleared his throat. “On liquor and high livin’ and gamblin’.  Like as not that bunch did the same.”
Jack dropped onto a kitchen chair. “That’s good, so maybe this mean man won’t come here after all.”
Vanessa smiled at her son, hoping her effort didn’t come off as a grimace. “That’s right, son, so stop worrying.”
“Papa won’t let us get hurt. He’ll protect us.”
What a hero her son had already made of Travis. She knew her husband would try, but she was too wise to put all her hopes on any man—even one as nice as Travis appeared to be.
“He will do his best to insure nothing bad ever happens to you. Now, please go check on your sister and see if she’s finished her nap.”
Satisfied his future was safe, Jack skipped toward the bedroom.
Billy shut the oven door. “Remember what you told Jack. Travis nor Paco nor me will let anythin’ happen to you or the children. You can take that to the bank.”
“Thank you, Billy, but I’m conscious of that fact. I don’t want any of us put in jeopardy. I’m well aware how chivalrous the three of you are. I’m also fond of each of you and I don’t want anything bad to happen to you.”
“Aint’ nothin’ goin’ to happen to nobody if we have anythin’ to say about it.”
She swept the kitchen more for something to do than because the floor was dirty. Keeping her hands busy with a simple task gave her a chance to think. She wondered if the cellar would be a safe place for the children if there were gunfire.
Billy’s voice interrupted her reverie. “You sweep any harder, won’t be anythin’ left of the broom or the floor.”

Here’s an easy and tasty recipe we make at Christmas. We also have requests that we bring it to covered dish church dinners.
One year I doubled the recipe for a church dinner. There was a little remaining in the dish that I brought home along with decorations, etc. I left the trunk lid up while I carried in decorations. When I returned, our smiling yellow lab/shepherd mix had eaten the casserole's remainder. ☺

SWEET POTATO CASSEROLE
2 cups sweet potatoes, cooked (we use a large can)
1 ¼ cup sugar
1 cup milk
2 eggs, beaten
¼ stick butter or margarine
½ teaspoon nutmeg
½ teaspoon cinnamon (I don’t like nutmeg, so I omit it and double the cinnamon)

Mix all together and pour into buttered casserole and bake in a 400 degree F oven for 20 minutes. Remove from oven and cover with the topping:

Combine the topping ingredients and spread over sweet potatoes. Return to oven for ten minutes.

I wish you a Merry Christmas and a happy holiday season. Stop by my blog each day until Christmas to meet twenty-two of my friends and comment to be in the running for the Kindle Fire 7.

I’ll be back in the New Year. 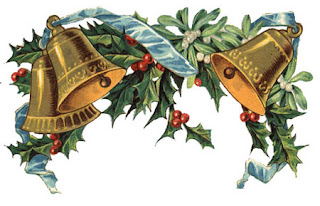