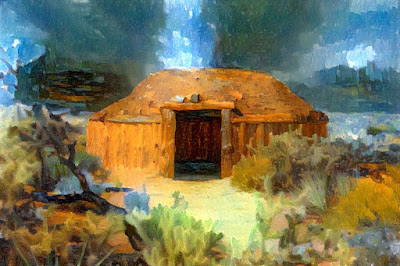 In writing romances, always I want something more than the love story, which is, of course, at its heart. When something more deals with a tough topic, it's not necessarily going to be liked. As a writer, what should take priority--

Write what it is believed readers want based on popular trends and understanding that romances fulfill a desire for a momentary escape from what can be a difficult time,

Write what comes by serendipity—that which cannot be planned, which can mean a dream, event, or experience, and sometimes deals with difficult issues readers might be trying to escape.

Although because of a vacation (Yellowstone National Park) and family time (grandson at the farm), I am not starting to write my fourth Hemstreet Witches romance, I've been considering an issue for its plot. I know the characters, the big problems they are facing and then in the midst of that, I had a dream, the kind that could potentially prove to be a secondary thread-- emotionally, a big one.

She was a celebrity (undefined, as to what, but once an important person), who was dying. She had a younger male friend, who she’d been avoiding along with the world. Her friend wrote something about her and her illness, that he was considering publishing. He showed her the words. Reading it, she liked it. He said he’d been going to add a section on the rituals of crossing over. She also liked that and told him they could meet again to discuss what she had also been learning about this process of letting go of life. He then went to a girlfriend’s home. She wasn’t going to let him in as he hadn’t been around and she was irked. Suddenly, her door swung open. He had opened it with magick. He stood outside until she invited him in. The dream ended.

Through the years, off and on, I've had dreams like that. They tell a story and some have worked into books or at least part of a book. I always consider a strong dream, full of images and meaning, to be a gift. To use any of my dreams, it generally takes looking past the dream images to the message.

So, in my next book, what if my hero, in spite of dealing with another major crisis and meeting again the love of his life, is called to help someone he loves to cross over? I'd already been planning that this book would move from Tucson to Navajo land because the musician hero had a Navajo mother and black father (all negotiable to change once writing begins).

The part that especially attracts me is the Diné have long been a people whose spiritual beliefs have interested me. For a story that incorporates someone coming to the end of life, belief in the chindi would add questions and interest in a paranormal. What else might be lurking around the red rocks?

The grandmother would have lived much of her life isolated, living in a hogan, where she tended her flock and wove rugs. What if she is someone the reader would want to survive? I have my something more-- and angst. How much would the heroine, being a witch, impact what was to happen? Is a death, whose time has come, unchangeable-- even with magick? Those are questions (and more) that I'll be thinking about before I start writing a book, which looks as though it will definitely have that something more I seek. Thanks, as always, go to the muse, which I don't try to identify in concrete terms but which has blessed me many times. 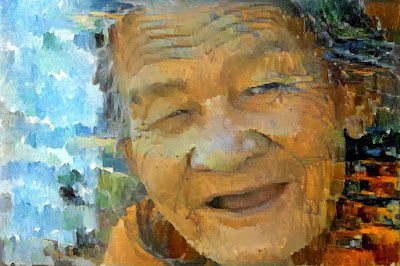 For more about my books and me, check out:
Rainy Day Thought Blog
Facebook-- Rain Trueax
Amazon Author Central
Book Trailers
Posted by Rain Trueax at 1:30 AM