Superheroes Have Invaded My Home: Today's Reality of Heroes

Superheroes have invaded my home. Between my 7-year-old son with Autism, and my 2-year-old who loves anything his brother loves, the Avengers have overtaken our house as their new stronghold. My son refers to his bed as the Heli-carrier, a staging point for the fierce battles that Iron Man, the Hulk, and Captain America wage over their enemies. Whether it be with the action figures Santa gave him for Christmas, the figurines he’s made out of Legos or Play-doh, or the paper ‘dolls’ he drew and cut out himself, my living room is a perpetual battlefield. Not to mention, a 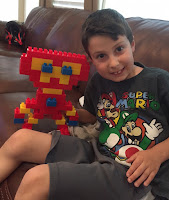 minefield of Legos (try stepping on one of those in the middle of the night!)

My son loves the idea of heroes. The good guys triumphant over bad guys. Because good always wins over evil. He aspires to save the day, both in his Xbox game and in the world around him. His imagination is vivid, all-encompassing, and beautiful. He wants to be liked, and loved for good deeds.
This daily immersion in the likes of superheroes got me thinking about the heroes in romance novels. Do the heroes in these novels want to be liked, and loved for their good deeds as well? Or are they the kind of men who merely want to live their own lives, but they’ve been thrust into a challenge they can’t avoid, and must do what they can?

At what point do little boys stop wanting to be heroes? Or does that desire fade at all? Deep down, do all men want to be that kind of superhero? Do they secretly put on their Batman capes when no one is 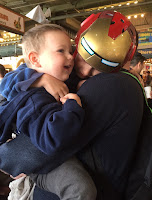 watching? Or listen to the Superman theme song as they drive to work. (Yes I know, I’ve mixed up Marvel heroes with DC Comics, but you get my point).

Some are born great, some achieve greatness, and some have greatness thrust upon them.

Much of the historical heroes I’ve read are those who were ‘born great,’ Lords of their family lands and leaders of armies. A few have ‘achieved greatness’ by overcoming their humble beginnings and growing into legendary soldiers. A lot of the contemporary stories I’ve read have been about those that have ‘greatness thrust upon them.’ At least, that’s what the hero in my latest novel, Jewel of Solana was like. He didn’t strive for greatness, or to be the hero. But when chaos crossed his path in the form of Princess Alanna running from evil, he did what he could to find his way back to a normal life, only to realize that life no longer existed. The damsel in distress needed help, and he accepted the challenge of being the hero to save her.

Of course, reality is never that simple, or straightforward. 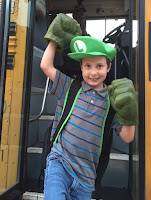 Heroes lose all the time. Damsels save themselves, more often than are saved by others. Little boys grow out of their capes and Iron Man costumes. It's a sad reality. But I still think there are plenty of heroes out there, in their own small gestures. The good samaritans, the nurses, the teachers...the mothers and fathers who work tirelessly to raise the next generation of heroes.

But for now, I’ll continue to watch my boys playing the superheroes our world lacks. I like the idea of super strength, and a laser beam from my palm. :)

What kind of heroes do you like reading most? The born heroes, the ones who seek greatness,  or those that have greatness thrust upon them? 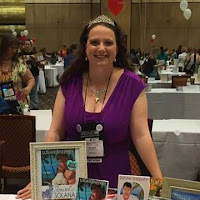 Susan Sheehey writes romantic suspense about Royals on the run, and contemporary romance. Water plays a crucial element in all of her novels, and she's a strong advocate for Autism Awareness and acceptance. Forced to give up Diet Coke, she now functions on heavy amounts of French Vanilla coffee. Susan lives and laughs in Texas with her husband and two boys. Follow her at www.SusanSheehey.com and Twitter and Facebook.
Posted by SusieSheehey at 12:07 PM