One of the most frequent questions authors receive is, “Where do you get all your ideas?” One author, Bobbye Terry, says she gets them from a small factory in Ohio. That always makes me smile. 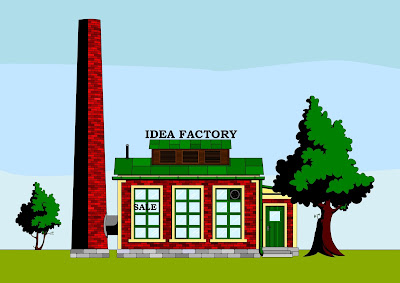 The truth is that ideas are everywhere. They pop into my head when something I read or hear sparks an idea. Anything works. When I was about twelve, my father told me a good writer could create a story about a grain of sand or a fly on the wall. I was incredulous until I thought about his comment.

Where had that grain of sand been? Had it traveled around the world on someone’s shoe or had it blown in from New Mexico on a dust storm? (I was raised in West Texas where we had frequent sandstorms and dust storms.) How did the fly get on the wall? Had it narrowly avoided a spider web? I realized my father was right—a writer can use anything as the impetus of a story.

Much later I worked for a newspaper as a columnist and reporter. My job was to talk to interesting people and write about them in my column. Given that much license, I went crazy. Soon, I was filing too much content for my column and they were printed as human interest stories. I met so many fascinaing people in that job. But I digress.

You see, the idea for a book is the easy part. Yes, I’m serious. Numerous people have told me, “I’ve got a great idea for a book. Why don’t you write it and we’ll split the royalty 50/50?” Um, thanks but NO WAY!  The hard part is taking an idea and developing it into an interesting story.

Author Gene Fowler said, “Writing is easy. All you do is stare at a blank piece of paper until drops of blood form on your forehead.” Fortunately, writing is not that bad.

How do authors actually produce a book? I can only speak for myself. I’m part of a wonderful plotting group. To plot, four of us get together about twice a year for a several day retreat where we sequester ourselves in a lake house or hotel suite. (Adult beverages may be consumed to facilitate the process—as well as chips, guacamole, and lots of chocolate.) Each author brings her ideas for three or four books to the retreat.

She has to already have the hero, heroine, location, situation, motivation, conflict, and resolution in mind. Then we take turns fleshing out the book’s order, turning points, boosting sagging parts, and so forth. It was one of the members of this plotting group, Kathy Shaw, who came up with the name Bride Brigade for my latest series. The other two members are Geri Foster and Sylvia McDaniel.

Realize we aren’t “writing” the books together. We come up with a basic outline which the author takes home. The outline is like a road map when traveling. You know your starting point, your destination, and stops in between them. However, you can take side trips or add an extra stop or two on the journey.

If one of us has a problem between retreats, we meet for lunch and resolve the issue.  And we also meet to talk about marketing.  There’s always something new to learn about marketing. Keeping up is an author's constant battle.

For critiquing the work, I am part of a great critique group of Geri Foster and Brenda Chitwood. We are constructively brutal when we read each other’s work, which means we don’t just pat one another on the back but we aren't mean-spirited. Each of us wants our book to be the very best it can be and want the same for our other members.

Now you know how we take an idea and create the framework for a novel. Then comes hours and hours and hours of time at the computer. I use a desktop PC in my “pink cave” office and tap away at the keys. I love writing. As my grandmother used to say, “I’m as happy as if I had good sense.”

My latest release is ANGELINE, Bride Brigade book two, which came out March 1 and is available at http://www.amazon.com/Angeline-Bride-Brigade-Book-2-ebook/dp/B01CEK3W0S/ref=sr_1_18?ie=UTF8&qid=1456929859&sr=8-18&keywords=Caroline+Clemmons. 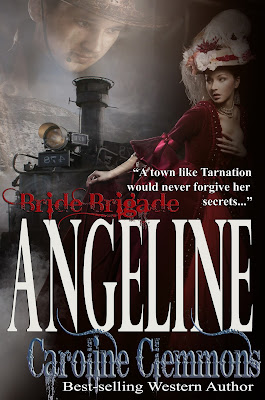 I’m still promoting my Montana Sky Kindle World, AMANDA’S RANCHER and the link to buy that is http://www.amazon.com/Montana-Sky-Amandas-Rancher-Kindle-ebook/dp/B01BL0HKPK/ref=sr_1_3?ie=UTF8&qid=1456929757&sr=8-3&keywords=Caroline+Clemmons 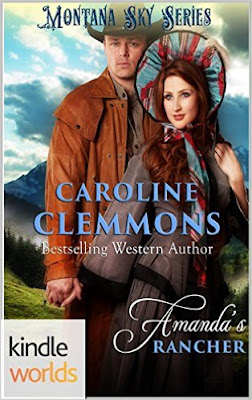 In April, I’m part of an anthology titled COME LOVE A COWBOY. My contribution is a novella, GRANT ME THE MOON, which will be released as a single in June. 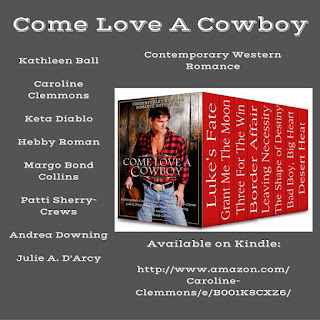 As you can tell, I have lots of ideas and implement as many as possible.

Thanks for stopping by. I’ll give away an e-copy of ANGELINE to someone who comments today.
Posted by Caroline Clemmons at 1:30 AM