I hope you all had a wonderful Thanksgiving. I know I did. I'm still on carb and calorie overload, but sure I can find more space for another slice of pumpkin pie--with whipped cream, of course.

Before we get down to the nitty-gritty here, I'd like to share some good news. First, I received my cover for my book, The Assassin. I've got to hand it to The Wild Rose Press, they have some of the best cover artists in the business. I've never been disappointed. I don't have a release date yet, but as soon as I do, I'll post it. 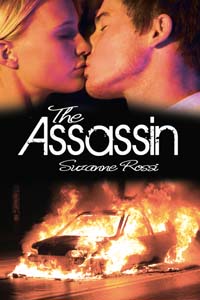 And last Wednesday, I opened my e-mail to find a contract offer for Killer Conference, the second in my Snoop Group series that began with A Novel Death. Made my day!

This past year has been quite busy for me. I had four books released in a five month period. That meant I did more editing than actual writing.

Ah, editing. Whether it's self-editing or suggestions from your editor, it can be a daunting task. I know successful authors who cringe when they hear the word. Personally, I like editing. It allows me to further improve my work. The problem, however, was knowing when to stop. In that constant state of wanting perfection (which will never happen), I have a propensity to go overboard. I once had a critique partner who claimed I could take an 85,000 word manuscript and edit it down to ten pages. A bit of an exaggeration, but not far off. Eventually, I learned to say "enough is enough." As a result, I now try to follow a routine when it comes to the dreaded "e" word.

Unless, I realize something in the story is very wrong, I rarely edit until the book is finished. I then step back for a few weeks so I can re-read it with fresh eyes. I jot notes on key points chapter by chapter. This helps since I tend to have timeline issues. Sometimes, all I need is a little tweak. Others? Well, let's just say I discovered halfway through a book that my blonde heroine had somehow morphed into a redhead. This is not an unusual occurrence when I'm working on two books at the same time. The book that drove me nuts was Deadly Inheritance. I wrote it by the seat of my pants--very little plotting routine--and it showed with numerous repetitions and a lot of useless narrative.

Once I self-edit, I'm ready to send it to my critique group, but before I do, I read each chapter sent and make more changes. My partners make suggestions and I tend to go with their ideas, since they see things I overlook.

When the entire manuscript is critiqued--could take as long as ten months--I go through it one more time before submission to my publisher.

Now, it's my editor's turn to do her thing. Occasionally, I have to stand up for certain things, but by and large, my editor and I see eye to eye. That's a tremendous relief, since I've heard horror stories from authors about editors who just aren't on the same page as the writer.

So, if you are new to the writing business, don't let editing scare you. It's just another way of making a product you like better. And while you may have slaved over that narrative passage describing a meadow or the details of dinner, don't be afraid to slash and burn when needed. Excessive words can put a reader to sleep and that's the last thing you want. Directional words like up and down are often overused. If you sit, it's usually down. If you stand, it's generally up--unless it's a military story where to stand down is acceptable. Words like "that" and "just" can also be problematic. I have a critique partner who calls "almost" a weasel word--meaning it degrades what it's describing.

I have to share this story. One of my first critique partners wrote a book that came in at 120,000 words. While at a conference, she attended a workshop on unnecessary words. "That" and "just" were highlighted. Curious, she did a search of her manuscript and found 18,000 "thats" and numerous "justs." When she finished laughing at herself, she made the edits and turned in a book 85,000 words long. It was later published.

Hope this entry has entertained and helped. See you next month with more insights into my strange world of writing.