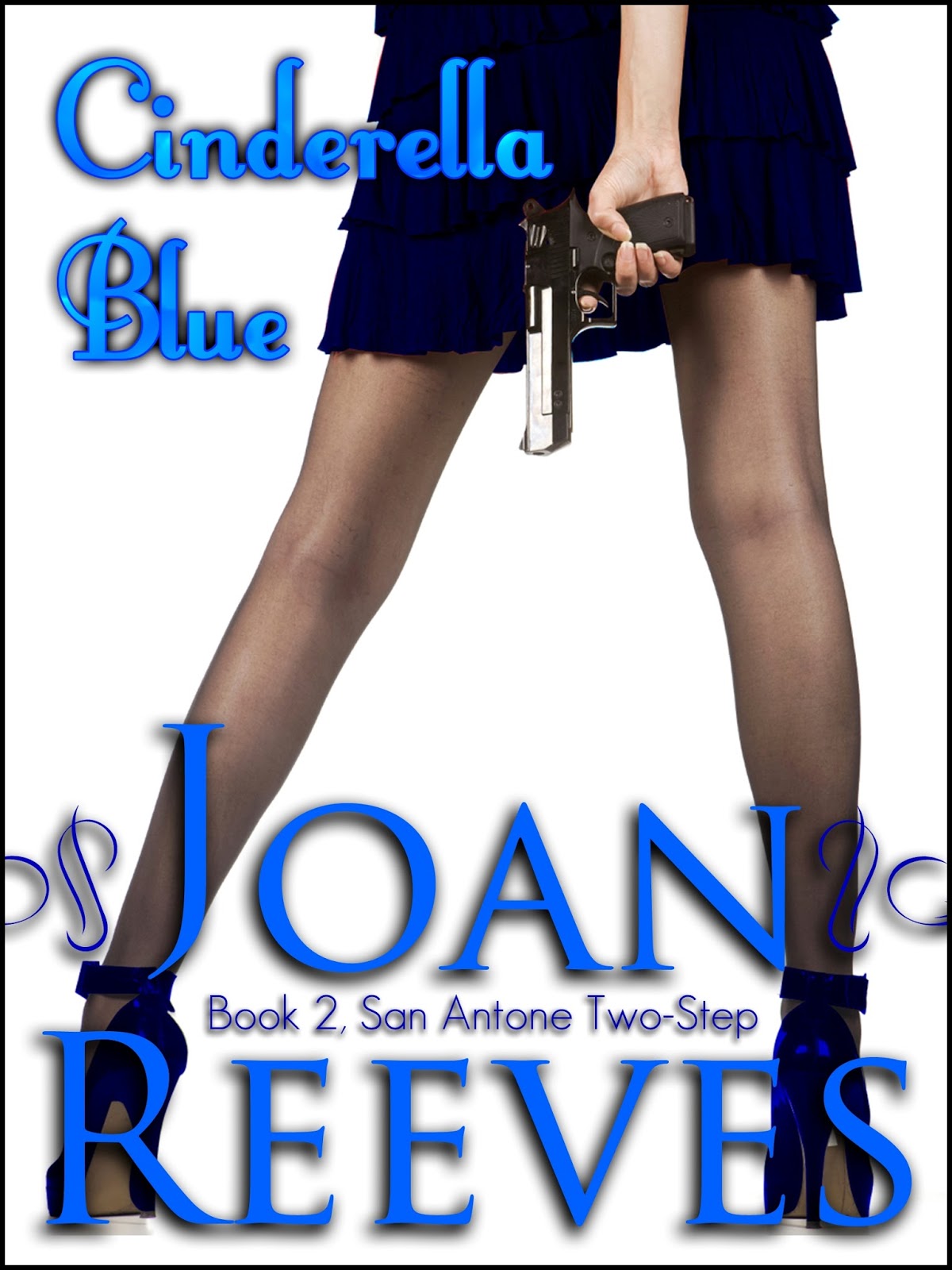 Cinderella Blue: Love means never having to say, "You're under arrest."

For me, love means finishing a book. This book. Cinderella Blue. At long last, I have finished Cinderella Blue, the contemporary romance I began in 2013. Actually, I was updating the book which had been published about ten years ago.

Updating the book and bringing it back to its original length, which had been cut by the editor all those years ago, should have been easy, but completing this romance novel saw more stops and starts than a freeway gridlock.

No sooner had I started it in 2013 than I had to stop to get our house ready for sale. That was just the first of many starts and stops.

I should have taken that as an omen of things to come. Then I wouldn't have been so frustrated every time I had to put the work aside to take care of some life "stuff."

That's the way it is with most women writers unless one has reached the level where the writing income is greater than the husband's or partner's income. We less than 6-7 figure authors shoehorn our writing into our personal lives, not the other way around.

Although it doesn't surprise authors, I suppose it may come as a surprise to readers that life interferes with authors and their best writing intentions.

Entering the Fictional World is often an escape for the author. Indeed, sometimes when the problems we face every day threaten to overwhelm us, it is a respite to enter a world where we control the universe. How delightful it is to solve all problems and give characters a happily ever after when in the real world problems are often insurmountable.

Love means never having to say, "You're under arrest."

I had fun solving Andie's problems stemming out of her emotional baggage. That's where everyone's problems come from. Fictional and real people. Cinderella Blue is on sale for only 99 cents during the pre-order period. The book releases March 31 so I hope you'll take advantage of the chance to graba copy before the price rises to $3.99.

In the meantime, please enjoy this excerpt.

Heat shimmered in waves above the pavement. Across the street, Bruce Benton saw a cluster of shops that created one-stop shopping for women looking to drop a few grand on a pretentious wedding. He crossed the street and headed to the flower shop. As he passed the glass storefront of a photographer's studio, he saw a woman inside. A nano second later, he stopped abruptly. The heat must be frying his brain. He retraced his steps, casually glancing in again. The woman wore a wedding dress, but instead of a bridal bouquet, she held a handgun.

Bruce drew his Glock and eased the door open. A bell over the door jingled. He cringed as he slipped inside. Maybe she was deaf. The woman whirled. Nope. Not deaf. She held her gun in the same shooter's stance as he. "Take it easy, lady. Maybe the photographer took some lousy pictures of you. That's no reason to shoot him."

"That's funny." The blonde suddenly grinned, but her gun never wavered. "You're cute. Anyone ever tell you that you look kind of like Karl Urban?"

"Let's not talk about some Aussie actor. Let's talk about you. Why would a sweet thing like you have a gun?"

"Sweet thing?" Irritation replaced her grin. "Lower your gun. Lay it on the floor."

Everything happened at once. A man rushed from behind her, slammed into her, and sent her flying into Bruce. They went down in a tangle of arms, legs, and miles of white satin. She came up snarling.

He grinned and pulled out his handcuffs. "I always wanted to say that. Just like a TV cop. You lost your gun, sweet thing."

He stepped toward her. With a snarl, she whirled. He saw a white blur and felt agony in his hand. A roundhouse kick to his solar plexus cut off his gasp of pain. He hit the floor. Wheezing, he tried to rise, but the blonde stood over him with her gun--and his--pointed at him.

"Uh uh, sweet thing. You stay right where you are."

Bruce groaned. Not from pain so much as humiliation. Crap. He'd never live this down.

Cinderella Blue publishes March 31. Only 99 cents during this pre-order period.

I'm giving away a Goodie Bag to one winner in the Continental U.S. or an Online Gift Card if the winner lives outside the lower 48 states.

To be eligible to win, just leave a comment with your email address. To receive another entry in the Giveaway, just post a short review of Cinderella Blue and email me the link. (Joan at JoanReeves dot com. Put Real Live Person in the Subject Box.)

Have a wonderful week!

(Joan Reeves writes Sassy, Sexy Contemporary Romance. Her books are available at all major ebook sellers with audio editions available at Amazon, Audible.com, and iTunes. Joan publishes Writing Hacks, a free newsletter for writers, and WordPlay, a free newsletter for readers published on a haphazard schedule determined by life's craziness. Find Joan online: Blog, Website, Facebook, Twitter, YouTube. Joan lives her happily ever after with her hero, and she encourages you to believe that: It’s never too late to live happily ever after!)
Posted by Joan Reeves at 1:00 AM