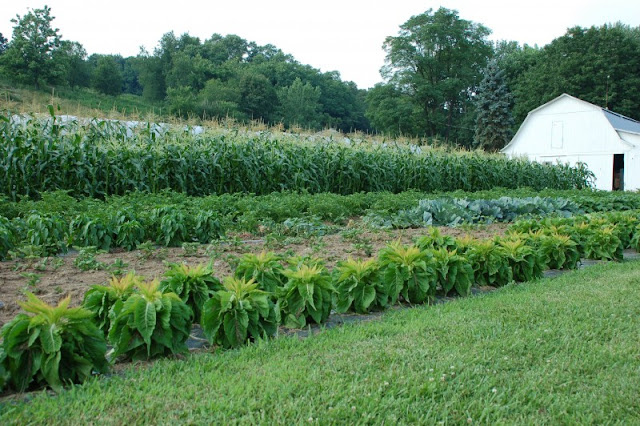 July is the month of Independence day celebrations. As a child it meant tomatoes, sweet corn, and watermelon from one of our three gardens. It also marked another birthday for me.

I can't help thinking back to my twelfth birthday. It's the one that sticks in my memory. I came from a large family, so there wasn't much money to spare. But with Daddy's ingenuity, we were able to have most of the things other kids had. 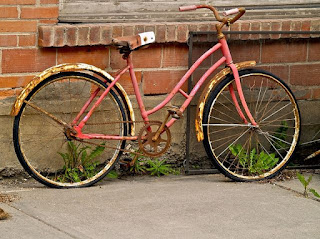 Then, a week before my twelfth birthday, Daddy brought home a rusty old bicycle with bent fenders, twisted handlebars, and a missing pedal. “Happy Birthday, Laurie. This bike will is your birthday present. I'm going to make it as good as new.

I must admit, after perusing the twisted frame, that I had my doubts he could perform the miracle necessary to get the bicycle in presentable shape to be ridden.

Daddy worked on the old bike for several days, straightening out the fenders, replacing the chain, and adjusting the crooked handlebars. On the morning of my birthday, he shook me awake not long after sunrise, whispering, “Get up. We've got to go pick out a watermelon for your birthday."

Daddy left the room and finished his morning coffee while I changed out of my pajamas and into old jeans and T-shirt. Within minutes we were traipsing across the bottom field through the dewy grass and morning glories that had intertwined with the melon vines, thumping every watermelon that looked large enough to be ripe. 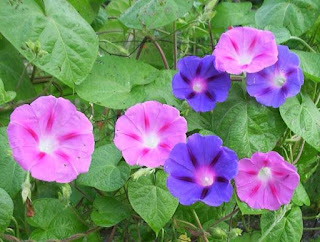 Daddy found a large one that had a dried-up runner. It thumped to perfection. He heaved it up to his shoulder and winked at me. "We'll put this is the freezer so it'll be nice and cold after lunch." 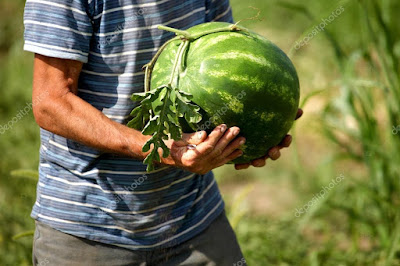 After he'd set the watermelon in the freezer, he announced, “Ralph and I are going to town to buy a can of paint for your bicycle. What color would you like?”

“Blue,” I answered without hesitation. The bicycle had taken shape. Daddy had replaced the tires, besides performing all the mechanical work. All it lacked was a fresh coat of paint to cover the rusty spots and it would look brand new.

When Daddy arrived with the paint, he immediately got to work, He had the bicycle finished in no time. “Now, we just have to give it time to dry.” 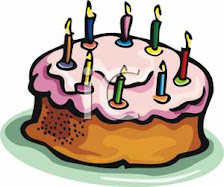 It seemed like forever before it did dry. We ate lunch, including the first cake I'd ever baked—my birthday cake under Mama's supervision. I remember adding food coloring to make the icing pink. The cake came out a little lop-sided, but I turned the layers so-so, and leveled it out.

A little later, our entire family enjoyed cold watermelon on the carport. I must have already asked Daddy a dozen times, “Is the paint on the bicycle dry yet?” His answer was the same. “Give it time.”

Daddy checked on the bicycle about 9 p.m. while my siblings Jewell and Paul gathered around, praying.  “The paint's dry,” he said.

Without further adieu, he hopped on my bicycle and pedaled all over the yard yelling, “Wheee!” 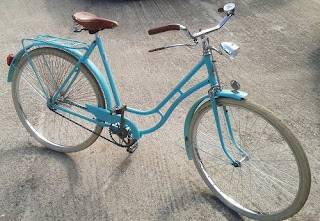 Daddy was a stocky man and I was afraid his weight would be too much for my bike, so I cupped my hands and hollered, “Daddy get off my bicycle! You'll break it." He paid me no mind, but kept circling the yard with the glee of a child who had just received his first bicycle.

It took time to learn how to balance the bicycle, and there were a few minor accidents before I learned to use the brakes correctly. I discovered That a bicycle doesn't stop on a dime, was one of those learned lessons. If you throw your feet to the ground instead of hitting the brakes, you are asking for trouble.

I enjoyed that bicycle for years to come. I'm not sure I ever told Daddy how special his gift was. Not just the bicycle, but the toil he put into it to make it special for me.

If you're listening, Daddy, "Thank you! And I love and miss you."

Share your special birthdays in the comments. We would love to hear them. 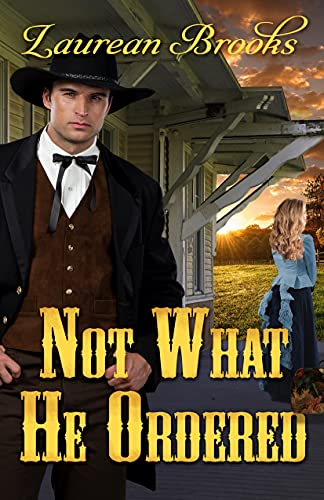 When Carrie shoves a harassing drunk off the boardwalk and leaves him for dead, her troubles begin. Fleeing town as far as her money will carry her, she lands in Abilene, Texas where rancher Josh Kramer thinks she's the young woman he's supposed to pick up. No amount of arguing will change his mind.

Josh drops Carrie on the buckboard and takes off to his ranch. Aunt Em ordered a woman to help her with housework and he aims to see that this young beauty keeps her end of the deal.

With no money left, Carrie lets Josh believe what he wants and assumes the identity of Katie Davis, the domestic help Aunt Em ordered. Another shock is in store when Josh's aunt pulls her aside and whispers, "I really ordered you as a bride for Josh, but that will be our little secret."

Enjoy the tension as Carrie tries to hide her true identity until the right moment presents itself. She hadn't counted on falling in love with Josh. Then he finds out the truth from another source and Carrie has to face the music.

She's a woman on the run, hiding out at Josh's ranch. Not only has Carrie deceived him, but his aunt ordered him a bride...behind his back. Not the domestic help he thought they were getting.