RESEARCH IS A TRIP!

One of the fun parts of writing is a research trip. Today’s writers are fortunate to have Google and the myriad of resources that come with the internet in addition to the local library. I take advantage of the wonderful reserves at my fingertips, yet nothing is like actually being there. As one of my friends from this blog, Jacquie Rogers, said, “I need to smell the air.”

Obviously, we can’t always go smell the air. I write the Loving A Rancher Series of western historical romances set in Montana, yet—shhhh, don't tell—I’ve never been in that state. In fact, I'm working on book 7 in that series now, THE RANCHER'S PERFECT BRIDE, for release later this month.

I’ve been through lower Utah, but not the part in which an upcoming couple of books for the Widows of Cougar Creek Series, GARNET (September 2018) and BLESSING (March 2019), are set. 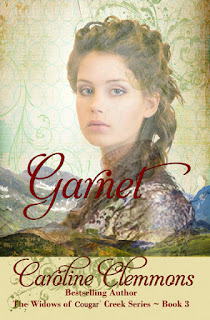 I wrote PATIENCE, BRIDE OF WASHINGTON, for Kirsten Osbourne’s American Mail-Order Bride project. For each of these books, I’ve depended not only on the internet and books, but on friends who have lived in or visited those places. 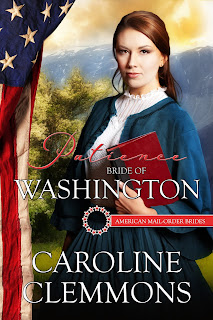 My youngest daughter and I love short trips with diversions. For us, everything is “on the way”. When I was working on THE TEXAN’S IRISH BRIDE, we went to a writer’s conference in San Antonio and came back to North Central Texas via Lost Maples National Historic Site near Bandera, Texas. Hero pointed out that this was not “on the way” for anyone but us. I confess that’s true. We were glad we'd been in person because seeing photos could never convey the sense of awe we experienced there.

A trip which inspired that novel was when Hero and I went to Ireland for the first time. We were fortunate to have had an unusually knowledgeable guide who had a university degree in history. I became fascinated with Irish Travelers and with displaced Irish from different periods in history. 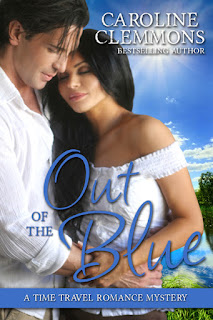 I also referenced one of those periods in Ireland in OUT OF THE BLUE, in which a young Irish woman from 1845 leaped from an Irish cliff and landed out of the blue in a modern Texas lake.

Hero and I grew up in the West Texas city of Lubbock. One of my favorite resources for western historical romances is the Ranching Heritage Museum at Texas Tech in Lubbock. This is a wonderful place for anyone who loves Southwestern history.

One of our recent research trips was to Avenger Field in Sweetwater, Texas. I was doing research for my latest release, TEXAS STORM, in which the time traveling heroine was a WASP (Women Airforce Service Pilots) from WWII who trained at Avenger Field. This was the only all-women's air training base in the United States, although there were men there as instructors and ground crew. Reading about the place online and from library books helped a great deal.

Seeing the replica barracks and the many displays made a huge impression on me. I believe it added to my ability to convey the heroine's point of view in TEXAS STORM, book 3 of the Texas Time Travel Series, that is available at https://www.amazon.com/Texas-Storm-Time-Travel-Book-ebook/dp/B07CYT9KT5/ref=sr_1_3?ie=UTF8&qid=1527946588&sr=8-3&keywords=Caroline+Clemmons 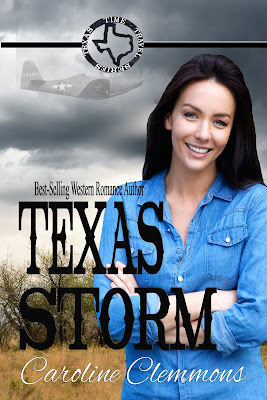 I love learning new things from travel. Where are your favorite places to visit?