Recently, I have become involved in two group projects—one is an anthology titled UNDER A MULBERRY MOON and the other is a book series titled WIDOWS OF COUGAR CREEK. I’ve done anthologies and series before but these brought out the difficulty of conjuring up a series that involved multiple authors.

When I do my own series, of course I’m in control of everything. Bwahahaha. I get to decide who, what, when, where, why, and how. I keep a bible so each character's description doesn't change in the series. (I goofed once and changed a character's nickname. I've written around 45 titles, though, so please cut me some slack.)

Having numerous others involved in a project means coordinating and compromising. The series this time was originated by Charlene Raddon, who lives in Utah. For obvious reasons, she set the series in Utah.

Charlene is also designing all the covers for the series. Each book is titled with a woman’s name and a similar background behind the woman but in varying shades. I think this is a nice touch. See for yourself with the covers Charlene has made for me. Those for the other authors are similar and just as lovely. 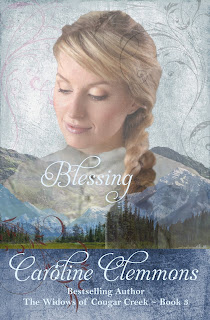 Basing her fictional series, Widows of Cougar Creek, on factual historical accounts, she set up the parameters. Here’s where things get confusing. When setting up a series, there are a gazillion things to consider. 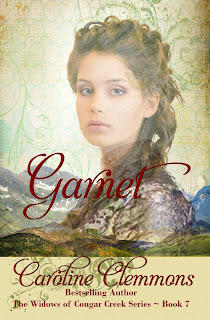 You think I exaggerated but I assure you it’s not by much. One can’t just set the time and place. That would be too easy. Minute details must be decided. A town map is needed.

In this case, a mine explosion in 1884 left many widows. The motivating incident was the mine owner deciding he’d only allow businesses to remain if owned by couples, thus shutting out the widows.

Fat chance, mister. These widows in Cougar Creek aren’t going to lose their homes and businesses because of a misogynistic, crooked mine owner. So, here come the men and the stories—but wait, as they say on television ads, there’s more.

So many questions arise that must be settled unanimously. For instance, we needed a railroad so in what year did one come to that area of Utah? In what order do the books get released? These and a lot more questions have arisen. Fortunately, the authors involved are harmoniously deciding the details Charlene had not set initially.

You can see that with this many authors a series will be complicated. From the discussions we've had so far, I am eager to read the books. They sound like fun with exciting adventures. I love series in the first place. Don't you love finding a book you love and learning it's part of a series?