Pugs and Roses by Kimmie Easley

As an author (and everything that entails beyond writing such as marketing, blogging, promoting, researching, and the list goes on), I'm also a mother, homeschool teacher, wife, friend, and self proclaimed pug wrangler.

That's why it probably doesn't come as a big shocker when I tell you that I sometimes forget to revel in the little things. Ok, a lot of the time, but don't we all?

I know with the holidays upon us, we can look at it in one of two ways.

1. Stressed, hectic, dreading get togethers, and living beyond our means.

I tend to lean towards number one, myself.

However, not this year. I'm putting myself in check.

“Be thankful for what you have; you'll end up having more. If you concentrate on what you don't have, you will never, ever have enough”
― Oprah Winfrey

“We would worry less if we praised more. Thanksgiving is the enemy of discontent and dissatisfaction.”
― Harry A. Ironside

“Thankfulness allows us to walk through a world inundated by opportunities and possessions, being slaves to neither.”
― Craig D. Lounsbrough

“When you express thankfulness, even the almost empty tank of petrol will go the extra mile; it changes challenges into opportunities, mistakes into experiences, disappointments into celebrations, doubt into faith.”
― Malti Bhojwani, thankfulness appreciation gratitude - my journal

As the leaves begin to change, and the air turns crisp (hopefully, since I am in Texas), will you CHOOSE to be thankful? This thought led me to a series of rhetorical, yet life changing questions:

I'll leave you with this; as much as we authors share our thoughts and hearts to inspire others, you would be amazed at how often they're really for ourselves. This one truly hit home. I plan to smile more, put others before myself more often, enjoy the smells of delicious food, and the sound of precious giggles. As a family, we have vowed to give homemade gifts and be gracious receivers. Today is the day.

Weave Herbs and their Lore With Your Writing--November Workshop

If you missed my other workshops, or want to catch the updated version, I'm giving my Herbal Lore and the Historic Medicinal Uses of Herbs Workshop in November for Hearts Through History Romance Writers. Nonmembers are welcome to join in. To register follow this link to their lovely site:
http://www.heartsthroughhistory.com/herbal-lore-and-the-historic-medicinal-uses-of-herbs/ 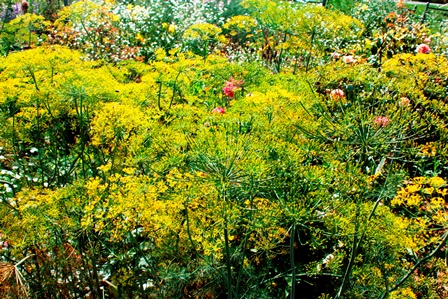 (Dill and heirloom poppies from Monticello in our garden)
This workshop spans centuries of herbs and their lore from the ancients, through the British Isles, Colonial America, Native Americans, the Granny Women and the Mountain People of the Blue Ridge and Alleghenies (general Appalachia). Mountains are all around us here in the Shenandoah Valley. Participants will receive the eBook of my herbal, Plants for A Medieval Herb Garden in the British (also available in print if anyone's interested). 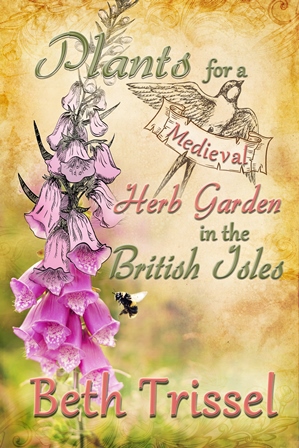 There's so much fascinating stuff to cover, I encourage participants to download and save files for later. I also welcome discussion and questions. My aim is for my workshop to be both informative and fun.
Posted by Beth Trissel at 7:09 AM 3 comments:

My Eyes Get Blurry

I really don't know what to write about to grab your interest or entertain you today. Odd, isn't it? I mean, I'm a writer for heaven's sake. I just can't seem to keep my mind focused on one thing. I've got so much to do--and don't we all? How did life get to be so busy?

Right now, I am over-scheduled with contracts, which is a good thing, a grand thing. But ladies, it's all I do. From nine in the morning until one the next morning, my laptop and are I attached at the thighs. There are emails, self-promotion, facebook, twitter, street team management and writing. Around three in the afternoon, my eyes are so tired, I take a nap for an hour, so I can see the print on my computer screen. My eyes get blurry. This is pretty much the life all writers live, especially if they're retired like I am. It's not glamorous. To move forward, it has to be our main focus. 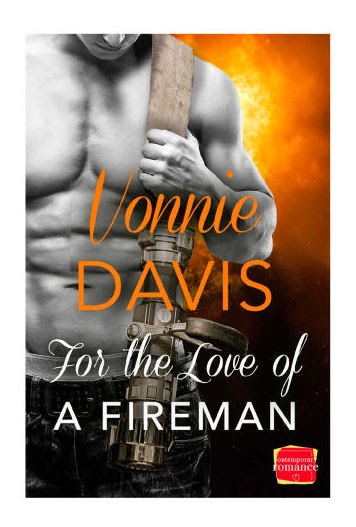 Right now, I'm writing book two of my "Wild Heat" series about firemen for Harper Impulse--For the Love of a Fireman. At the same time, I'm also going over the edits my editor at Random House Loveswept wants in book two of my paranormal "Highlander Beloved" series. I'll be honest. Signing contracts with two publishers at the same time was not the smartest move on my part. I thought I could handle the stress, the time drain, the mental confusion of switching from writing in a Scottish burr to firemen's lingo in Florida. Just call me foolish...sigh.

I'd love to be able to show you the cover of book two -- A Highlander's Passion, but I'm not allowed. Random House has contracted an exclusive cover reveal with a large blog. But here's the cover for book one, which is already out. 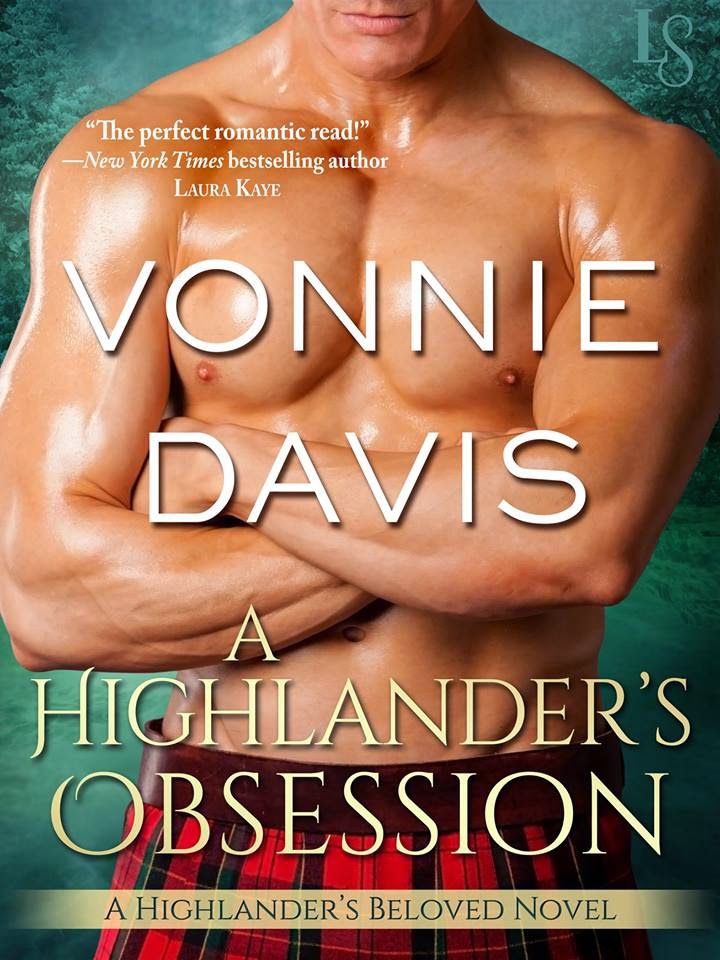 My editor at Random House also wants me to send along chapter one of book three of my next highlander book to insert as a teaser at the end of book two. To be honest, I really haven't given much thought to that book yet. I was hoping for a week of brain rest before I started it. Random House has asked me to write exclusively for them. For self-preservation and to get part of my life back, I agreed.

My editor called the other day to brainstorm on my next series. I was so brain-fried, she did all the brainstorming. I could barely pull together a puff of wind. I just took notes and said, "Okay" a lot. She went over what types of stories were going out of style and what readers are looking for now.

I kept asking myself, how do they know what the average woman wants to read? And, please God, don't let her saddle me with a story concept I can't get behind. So in the later half of 2015 and 2016, I'll be writing three books about returning servicemen -- wounded and with PTSD -- who band together in a small town for the quiet, the remoteness, as they adapt to society again...and, of course, the women they meet. All I have to do is send her four paragraphs about each book, like what you read on the back of a book cover, only in more detail for her approval.

When someone looks at me and says, "I'd like to write a book someday." I want to reply with, "You'll work harder than you ever have in your life."...."You'll also have more fun than you've ever had."

And you'll need to grow a thick skin because some reviewers can be brutal and downright cruel. For example: "Really? This is the piss-poor book you wanted to write?" I bawled. Some can make your day shine like one I got recently. "Vonnie Davis is a modern-day bard of romance. Her mastery of writing mechanics is sublime, elevated to such a high standard that I don't have anything to say about it." I think I'll focus on it instead of one I once received "This woman can only write on the third grade level. I could only stand to read one chapter. Avoid her." Oh, if she only knew how hard I worked to get my bachelors in English while working in a factory at night and raising teenagers as a single mom. Couldn't she just have said, "This book was not my cup of tea?"

Have an awesome day, ladies. Guess what I'll be doing?
Posted by Vonnie Davis ~ Romance Author at 12:00 AM 4 comments:

Do you have a guilty pleasure? You know, the books on your "keeper" shelf. The ones you can't bear to part with and read over and over again.

Your family can't understand why you keep those old books. They shake their heads and frown. You've already read them, they say. Store them on your e-reader, they say. (I did.)

Well meaning family members offer to come in and clear my shelves. I suspect they are terrified I am a hoarder. Four tall bookshelves and 5 storage tubs full of books do not scream "hoarder." These are the same people who collect Fitz and Floyd figurines or shoes, for goodness sakes. The figurines need dusting and the shoes are expensive. I hate housework and I wear granny shoes.

I don't necessarily collect great fiction, but there are some authors who wrote such a good story, that I love to pull out the worn book and settle in to get lost in a good gothic romance (any Victoria Holt) or a wonderful historical (Christy by Catherine Marshall) or medieval romance (Saving Grace by Julie Garwood).

What is your go to book that never disappoints and makes you smile every time you read it? Don't worry about loving friends and family who don't understand. Offer to come to their house and toss out all those dust magnets on their shelves. See what they say, then.
Posted by BrendaC at 1:00 AM 1 comment: 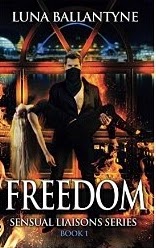 FREEDOM, The Sexual Liaisons Series, Book One, introduces a new and exciting fantasy man in the shape of Giraldo De Lograno, otherwise known as the Bastard of Bilbao. Of Spanish descent, and from a time when the plague was raging in Newcastle, England, he has spent the last 400 years living his life as a gigolo. A time-travelling highwayman, who has been cursed to bring his own special brand of pleasure and pain to the women who cross his path. Women just like Zara.

Out on the town and looking for a random stranger to spend the night with, Zara knows just how to celebrate her recent divorce. A petite blonde, she is no shrinking violet and has a naughty little kit to prove it and fully intends to have a night that she will never forget… it is just a case of choosing the lucky guy. Then she meets Max.

Max, the most exciting and dangerous man she has ever set eyes on. Sinfully good-looking and with a seductive charm that leaves her breathless. The fact that she would choose him for her Freedom night was never in question.

What is in question is the role she will play in a twisted mind-game between her chosen lover and a young woman executed for witchcraft in 17th Century England. Elizabetha, a beautiful and cunning temptress and she has more to do with Zara’s fate than she would ever have dreamed possible.

Who is the Highwayman and what does he need from her? Will Zara seal her fate or gain her coveted Freedom?

One thing’s for certain; her life will never be the same again.

Due to sexual content of an explicit nature, this book is recommended for ages 18+
Posted by Caroline Clemmons at 9:42 AM No comments:

You are going to love this! I'm so happy to announce the first ever Pioneer Hearts 99c Western Romance Event! The dates for this event are October 17-20. 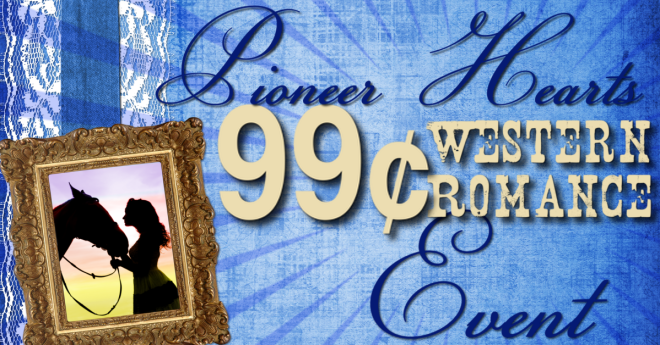 This sale includes dozens of books for your Kindle, and a selection for your Nook or iBooks libraries, as well. And you know what else is fun? You can win some pretty snazzy prizes!

By the way, my own book, KATIE AND THE IRISH TEXAN, is also included in this event on Amazon and Apple iBooks for .99. 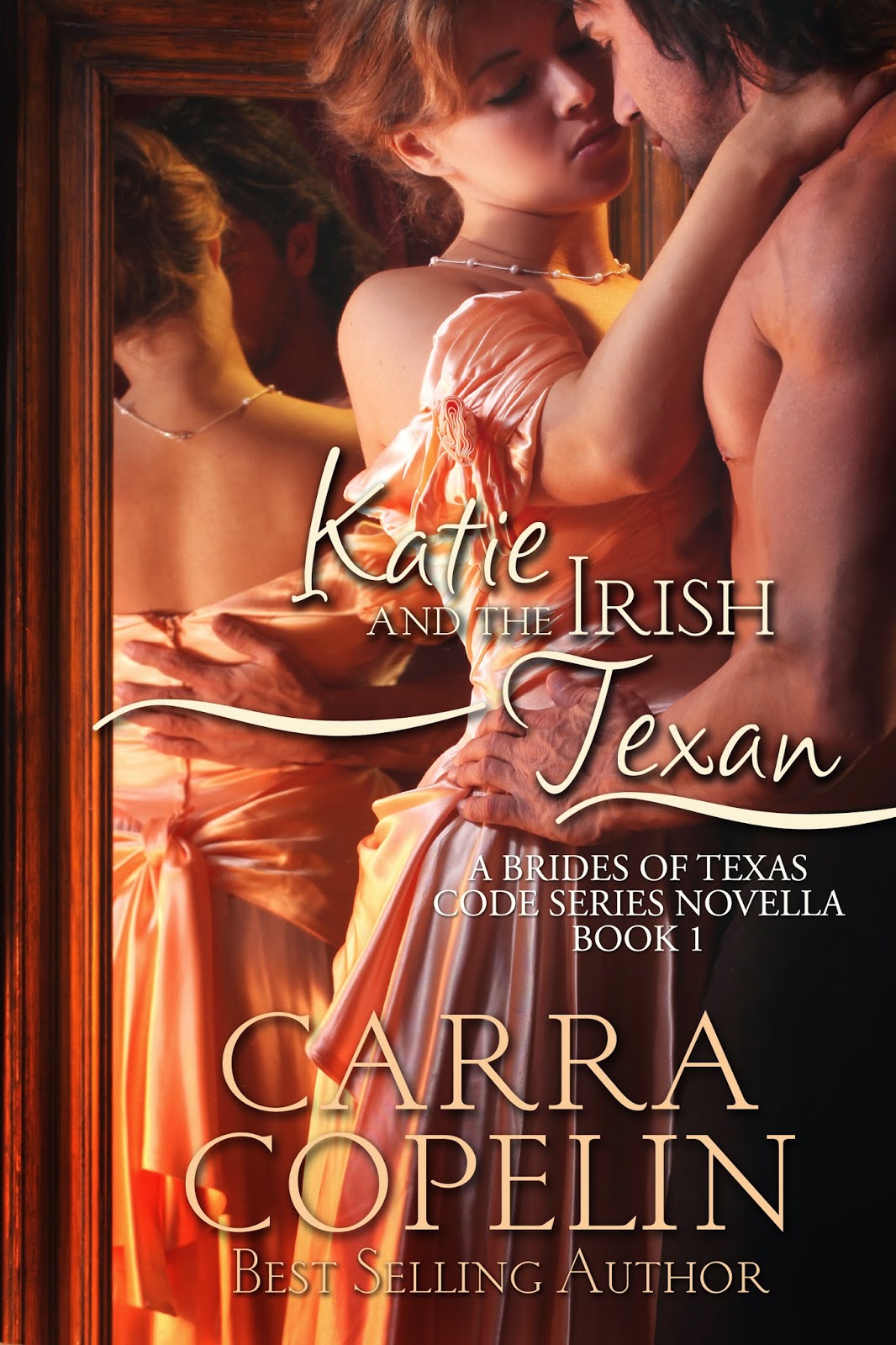 I hope you can take advantage of this wonderful event and find some great new authors to read!

Thanks for visiting today, 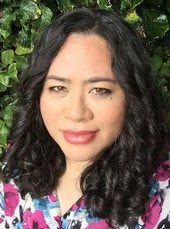